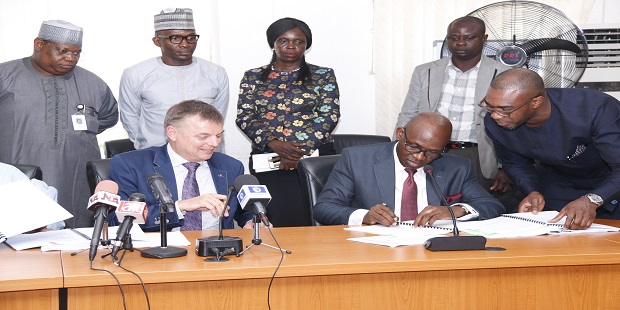 By Foluso Ogunsan, in Port Harcourt

The gas company signed an agreement with the federal government and Julius Berger, according to a Press release.

The road is expected to be transformative in that it would open up vast swathes of the Niger Delta basin, which is largely inaccessible.

“The 34 kilometre road will help address the twin challenges of poverty and unemployment as well as improve the lives of people of the region, especially those from Bonny, Ogoni, Okrika, Eleme, Andoni, and other communities in the Niger Delta”, the NLNG said.

The Bodo Bonny road will have to include at least four bridges, laid over significant bodies of water.

“The federal government’s efforts to build the road had been hampered for decades, largely by funding and contractor issues, causing NLNG to intervene especially because of the criticality of the road to residents of Bonny Island, who daily brave the vagaries of the sea to travel to the mainland, ” the NLNG statement said.

“This for Nigeria LNG is part of our effort to contribute to the advancement of the Niger Delta. More importantly for us as a company, our contribution to the project will lead to the accomplishment of the dream of connecting Bonny Island to the rest of Rivers State by road and not only by sea,” Attah said.