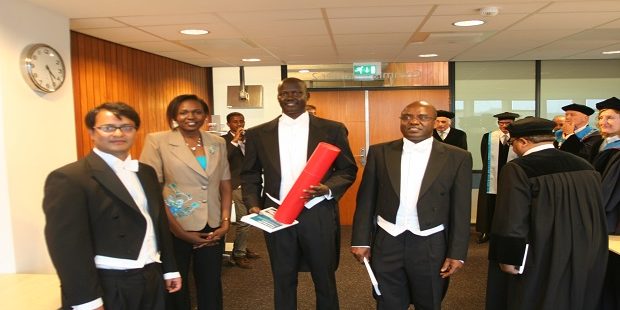 By Fred Akanni, in Nairobi

He replaces James The lweng Mathiang Rok, the former banker who was on the job for only five months.

No reasons were given for Mathiang’s axing, but gasoline and diesel shortage, encouraged by illegal diversions, had hit the war ravaged country for several months now.

Abel was born in Malakal, South Sudan in 1976. He graduated from the University of Khartoum, Sudan in 2002 and holds a Bachelor of Science (B.Sc.) degree in Civil Engineering. From September 2002 to September 2005, he worked as Civil Engineer at Irrigation Works Corporation after which he joined Lahmeyer International – consulting Engineers (Germany) as Soil Laboratory Engineer during the construction of Merowe dam (1250 MW) from October 2005 to March 2007.

In April 2007 to February 2010, Chol assumed the position of Assistant Coordinator for Southern Sudan hydro power projects as part of Dams Implementation Unit (DIU) of the presidency of Sudan.

In October 2007, Chol was awarded a scholarship from the Joint Japan/World Bank Graduate Scholarship Programme to study at UNESCO-IHE where he obtained a Master of Science in Municipal Water and Infrastructure. In March 2010, he started his Ph.D. study entitled: “Soil Aquifer Treatment: Assessment and Applicability of Primary Effluent Reuse in Developing Countries” at UNESCO-IHE and Delft University of Technology under the financial support of UNESCO-IHE Partnership Research Fund (UPaRF) through NATSYS project.