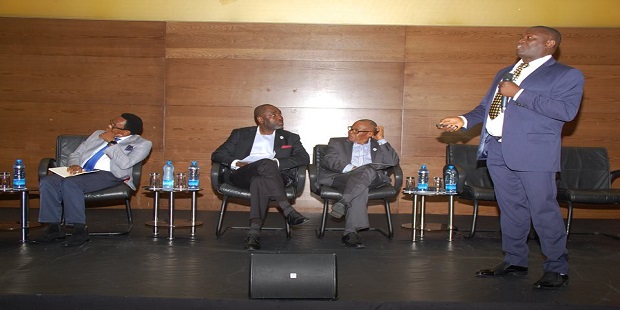 The divestment from four western Niger Delta acreages by the AngloDutch major Shell and its European partners transformed the Nigerian Petroleum Development Company NPDC, into “a major company”, in the opinion of NPDC managers.

“Huge hydrocarbon resources became available to us”, Kareem Folorunso, the NPDC Manager in charge of the Oil Mining Lease (OML) 26, told a technical session of the Nigerian Association of Petroleum Explorationists (NAPE) in Lagos recently.

The NAPE lunch hour presentation was part of a series of attempts by the company to counter charges that its takeover of operatorship of acreages divested by Shell & Co was not a value-destroying enterprise. There are widespread misgivings that the acreages would have delivered much more in terms of output and value to the Nigerian treasury if they had been operated by the private companies who purchased the Majors’ 45% share.
Mr. Folorunso’s paper presented NPDC as a technically honed, well-resourced entity, which just happens to be hampered by bureaucratic challenges normally faced by state owned enterprises.

“NPDC is the third largest oil company in Nigeria in terms of oil reserves and has the 4th largest gas reserves in Nigeria”, Folorunso told the meeting, a monthly lunch hour talk designed for knowledge sharing among petroleum geoscientists. “Countless opportunities for partnership and collaboration with other business entities also became available as a result of the divestment”, he testified.

The word ‘Major’ was rather loosely used by Mr. Folorunso. In the oil industry lexicon, only six oil and gas companies –Shell, ExxonMobil, Chevron, BP, TOTAL and ENI are described as Majors. None of them produces less than 1.75Million Barrels of Oil Equivalent per day (1.7MMBOEPD) on a net basis.

The highest producer, ExxonMobil, produced 4.053MMBOEPD in 2016, of which liquid hydrocarbons, mostly crude oil, was 2.365MMBOPD, much higher than Nigeria’s gross total production. Even ENI, the smallest of the group, is only described as a Major because of its unique place in the European industry. In the strictest sense of the term, ENI is really considered “a large independent”, in the same class as ConocoPhillips, Apache, Anadarko and Woodside Petroleum.

What’s more, the smallest of these majors has 7.7BillionBOE, as proven reserves and not Stock Tank Barrel (STB) in Place.
So it is a clear misnomer for Mr. Folorunsho to say that NPDC had transformed into major company. But the Nigerian state hydrocarbon company can be forgiven for being excited by its good fortune.