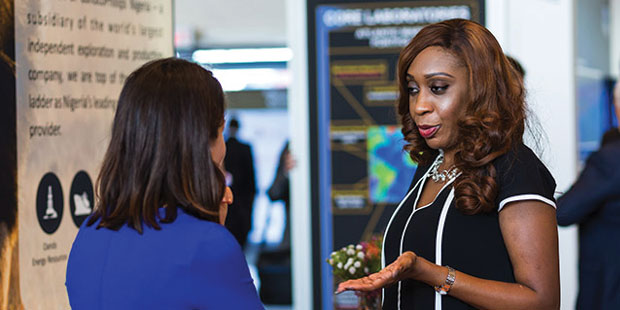 The key themes discussed were the development of the continents’ oil and gas resources, with a focus on exploration, regulatory frameworks and governance

CAPE TOWN, South Africa, November 1, 2017/–The African oil industry met this week to discuss the potential, but also the challenges, that the industry faces as the continent moves towards the commercialisation of its huge gas and oil reserves. Six of Africa’s oil ministers from Cote d’Ivoire, Namibia, Nigeria, Ghana, Mali, South Africa attended, including US Secretary for Energy Rick Perry. The event drew speakers from the highest echelons of government, operators, service providers, legal, advisory and research firms. The key themes discussed were the development of the continents’ oil and gas resources, with a focus on exploration, regulatory frameworks and governance.

Identifying the way forward for the industry was a strong theme, as Africa competes for investment capital. The African continent accounts for 16% of active offshore fields and 70% of offshore fields, these are either under development or represent potential developments. It was agreed that there are big opportunities to use Africa’s substantial gas resources to meet the constant and ever-growing need for power. This in turn will trigger economic growth within the continent to meet the needs of a projected population of 2 billion in 2035. But in order for this to happen, there needs to be greater cooperation to move energy around the continent. In addition, African countries need to address the regulatory and fiscal conditions in order to attract investment and reignite the development of identified deep-water assets and to exploit the substantial latent exploration potential of the continent.

Reflecting on the Ministerial presentations and those 160 experts that spoke at the conference, Paul Wilson Africa Oil Week’s (www.Africa-OilWeek.com), Portfolio Director, ITE Group said, “The conference has confirmed that the African oil and gas industry is set to grow as it realises its true energy potential”. As US Energy Secretary said, “We see progress, we see signs of political and economic freedom that bring stability and prosperity.” Phil Loader, Executive Vice President, Global Exploration, Woodside Petroleum, Australia, said, “There is a significant amount of resource potential”, and BP’s Jasper Peijs, Vice President of Exploration, Africa confirmed that, “We are growing our footprint in Africa”.

But perhaps Tullow Oil’s CEO Paul McDade, summed the conference up by saying,” Africa will need to compete for capital, competition is going to be tough, where the lowest cost producers will win. In that race Africa has a number of critical advantages, it is perfectly placed between the main global refining centres in the US, Europe, Asia where demand does continue to growth. The quality of the oil in East and West Africa is good generally light, and critically it has low sulphur content… Africa has significant potential to deliver low cost crude both from new developments and existing operating areas…Africa has got a full range of opportunities on-shore, off-shore, deep water, shallow water and can suit all companies large and small … there is immense opportunity”. And finally, he praised Africa Oil Week as, “The eminent conference in Africa, a world class event”.

The dates for Africa Oil Week were confirmed as 5-9 November 2018 where the conference will once again take place in Cape Town, South Africa.