Can Small Savannah Petroleum Stomach The Swallow of Seven Energy? 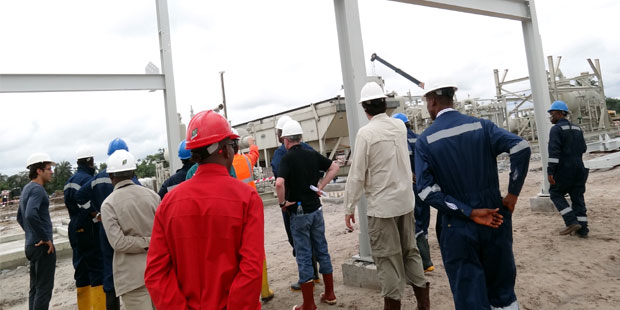 Watching the presentation of the entire portfolio of Savannah Petroleum at the Africa Oil Week in Cape Town last October, it was hard to believe that this small, frail company was the one trying to acquire Seven Energy’s assets in Nigeria.
“We saw an opportunity to acquire producing oil and gas assets in Nigeria”, Steve Jenkins, the company’s non-executive chairman, told the audience, “and we are having a conversation”.

Savannah’s entire assets consist of two undeveloped permits in Niger Republic, where there is no evacuation infrastructure for exporting crude. Niger Republic’s entire production (20,000BOPD) is refined in the country’s only Refinery. Savannah’s largest shareholders are Fidelity International Limited, Andrew Knott, Standard Life Investments Limited and Capital Group Companies, Inc, not the most bespoke of investors, combining around 34% equity.

Savannah has talked up its MoU with the New Nigeria Development Company NNDC, a company owned by 19 Northern states of Nigeria, to collaborate on the Nigerian section of the Central African rift system (CARS). Keen observers of the Nigerian oil industry know that the NNDC’s so called partnership with the Nigerian state hydrocarbon company NNPC does not carry significant value.

On the contrary, Seven Energy owns over 200 kilometres of natural gas pipeline; the company constructed and owns the dominant equity in a 200MMscf/d 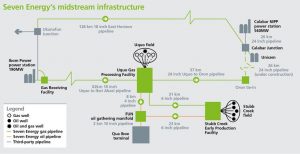 gas processing plant, from which gas is supplied to two power plants and a cement company. It also has equity in two marginal fields: 40% in the Uquo gas field (90MMscf/d, 50BCPD), operated by Frontier Oil and 31.875% in Stubb Creek oil and gas field, both onshore South eastern Niger Delta basin. Seven Energy is a Strategic Alliance partner, entitled to equity crude, in three Seplat operated acreages in mid-western Niger Delta which produce, at peak, in excess of 70,000BOPD.

The company’s debt burden, exacerbated by the difficult Nigerian domestic gas market, has however been so overwhelming that Seven Energy has struggled to breathe.

So that, in spite of the gap between it and this very junior, AIM listed suitor, there is already an agreement.
Seven Energy reports that Savannah will acquire substantially all of its valuable assets, including, at its option, the Strategic Alliance Agreement, which are to be transferred to Savannah, its subsidiaries, or an entity to be nominated by Savannah, subject to completion of a financial restructuring of the Group in accordance with the Term Sheets (see Seven Energy website) which says, among others, that new capital will be provided by Savannah with funding available for, amongst other things: (1)operational working capital and the liquidity needs of the target Group; (2)cash consideration to be paid to selected creditors, including the SSN Noteholders and (3)costs associated with the Agreed Transaction.

The SSN Noteholders will receive their pro rata share of (i)$52.5Million in newly-issued equity in Savannah and (ii) an US$87.5Million cash payment, in consideration for the discharge of all $318.2MillionSSNs and release of claims against the entities being acquired by Savannah (together the “SSN Consideration”) (with further principles set out in the relevant Term Sheet); In addition to the SSN Consideration, the SSN Noteholders shall also be offered the right to subscribe, on a pro rata basis to their holdings of SSNs, for $25Million worth of newly-issued equity in Savannah for a total cash consideration of $20Million (the“Equity Issuance”).