DHarmatan Fishes In The LPG Waters 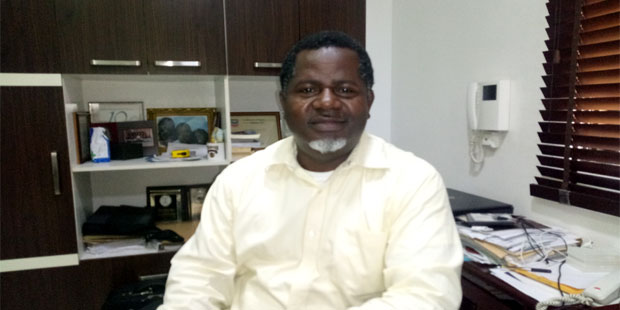 Dharmattan Nigeria has proven itself in the G&G (Geology and Geophysics) services sector of the upstream segment of the oil and gas value chain.

Now the company is fishing downstream, reaching out for opportunities in the gas business.

Between January 2016 and September 2017, Dharmattan Nigeria sold 2,500 tonnes of Liquefied Petroleum Gas in the Nigerian market 2,500 tonnes are equivalent to about 4 million liters of the product. Per quarter for 2017, the company has delivered about 600,000 liters.

This is clearly less than 1% of the 250,000Tonnes per annum that Nigeria consumes, but DHarmattan has a huge, downstream ambition.

The 13 year old company carries out home delivery of LPG in cylinders. “There is home delivery through pipes but this is highly localized”, says Bashir Koledoye, D’Harmattan’s founder and Chief Executive who earned his stripes as geologist with Chevron Nigeria. “If you have a high rise, then we can have gas tanks and piping to the flats and homes” he explains.

DHarmattan has the capacity to pipe LPG to homes on a bigger scale than it does now. “If we have a cooperative government, be it local or state that is interested in doing this on a bigger scale”. To pipe the LPG in a housing estate, a company needs a centralized storage tank, ranging in size from as low as 2 tonnes to as high as 10 tonnes.

D’Harmattan has 10tonne storage tanks in estates in four states in Nigeria Lagos, Oyo, Delta, and Imo. The company also manages LPG sites for clients who run petroleum product Its facilities are deployed in about 30 such stations in five states of the country.

We asked Koledoye if he had ever thought of extensive LPG pipelines to thousands of homes in cities.

“Those facilities are very expensive to put together and the configuration of the domestic offtakers is such that it will be difficult to get enough volume through those pipelines to actually pay for the project. But if you have estates that are well structured, then it is easier. From Ibadan to Lagos, or even if you just go to Yaba, how many houses would you supply that way to pay for the project?”

Even so, he avers, “there are two key incentives for LPG; one is that the product is cheaper than kerosene and two, LPG is healthier than both kerosene and firewood. Those are the incentives but of course, there are barriers or problems with that one of which is access and that is why you have to carry the cylinders to the refill stations”.
When it comes to bulk LPG supply, DHarmattan’s major customers are schools, industries and hotels.

The company gets its supplies from NLNG which comes from Bonny Island “but we are working on a number of gas processing projects. I will also like to add that there are a lot of opportunities in the industry and we need the government to allow local companies that have the proven financial competence, technical and managerial capacity to take control of small assets because that will definitely help our economy. Because what happens is that for every local company, you have a large group of indigenous employees, contractors and other groups who work with them.

Unlike foreign companies, who rightly so, would like to repatriate as much of their profits to their countries as possible. There are a lot of projects that are not too tasking that the government can allow local companies to take control of.