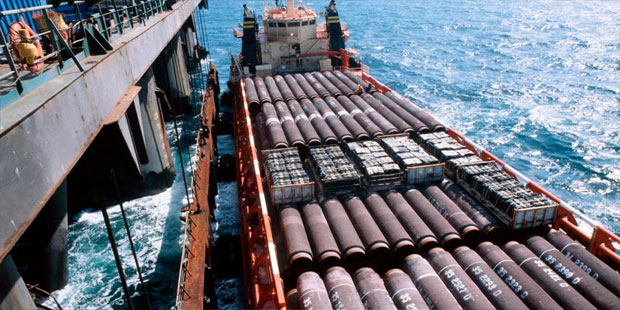 Europeans will rather buy gas from nearby …state than the increasing LNG imports from the United States.
Part of the reason is a business decision, unrelated to either the political challenges that mainland Europe faces with Russia or the American President Donald Trump’s increasing hostility to European leaders. Neither country, in any case, is pretending to be the best of friends with Europe at the moment.

“At the end it is the prices that count”, says Claudio Descalzi, Chief Executive Officer of ENI, the Italian giant. “The U.S. will encounter great difficulty in Europe for the gap, to their disadvantage, of prices. It would not be difficult for Gazprom, which supplies Europe with about 170-180 billion cubic meters, to cut them out, all they would need to do is lower the price by a few cents”.

Further north, in the German capital, Berlin, a clear majority of German citizens reject the USA’s planned expansion of its economic sanctions against Russia, according to research conducted by The Forsa Institute for Social Research and Statistical Analysis forsa for short, one of the leading market research and opinion polling companies in Germany. Whereas half the Germans surveyed support a further diversification of the natural gas provision, only 6% want more imports of American liquefied natural gas. Forsa interviewed more than 1000 German citizens on behalf of Wintershall, the German independent E&P company.

Wintershall says of the survey, published on its website: “The vast majority of Germans (83%) reject the planned increase in economic sanctions, which would also restrict the activities of German and European companies.

“For more than 80 percent of the German citizens, the top priorities for the natural gas provision are its affordability and security of supply. Diversified suppliers and transport routes (50%) are also considered relevant. However, only 6% want to import less natural gas from Russia and instead import more American liquefied gas. Just under a quarter (24%) would like countries that have previously benefited from gas transport revenues to also benefit in future from transit revenues”.

Mr. Descalzi says: “The U.S. are experiencing a phase of excess, the market has grown a lot thanks to shale gas. U.S. President Donald Trump offered to sell LNG in Poland but imposing a political accord is difficult”.
For more information, see www.eni.com and www.wintershall.com