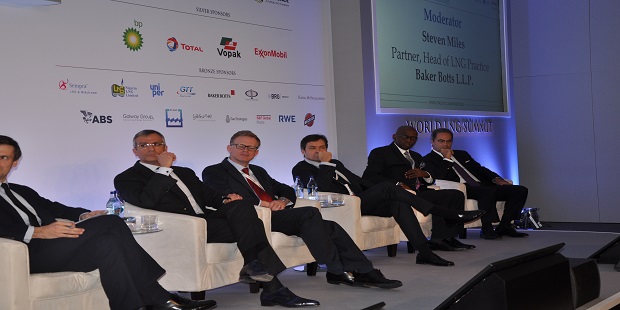 Nigeria LNG Limited has declared it is making steady progress towards achieving Final Investment Decision (FID) on its Train 7 Plus (7+) project during 2018.

“This phase of the company’s strategic growth programme will on completion upscale NLNG’s annual production capacity from the current capacity of 22MMTPA (Million Metric Tonnes Per Annum) to 30MMTPA”, the company’s spokesman, Kudo Eresia-Eke, said in a release.

He was quoting Tony Attah, NNLG’s Managing Director and Chief Executive Officer, who said at the World LNG Summit holding in Portugal, on Wednesday November 29, 2017, that West Africa’s largest gas export company was looking to the project’s financial close in 2018, “with the full support of the NLNG Board.”

This would mean that the prospects for constructing the 8MMTPA capacity train has brightened since it came on the drawing board at least 12 years ago, as Natural gas grows to account for a quarter of global energy demand, becoming the second-largest fuel in the global mix after oil by 2040, according to the International Energy Agency (IEA)’s New Policies Scenario.

The current period in which this Final Investment Decision is being taken certainly has its own challenges. There is ample supply and the prices are low, but the IEA says that so long as “gas remains affordable”, its growth in the near future is assured. To NLNG’s advantage, “LNG accounts for almost 90% of the projected growth in long-distance gas trade to 2040: with few exceptions, most notably the route that opens up between Russia and China, major new pipelines struggle in a world that prizes the optionality of LNG”, the IEA says in its latest report.

“With Nigeria’s proven reserves of about 192 trillion cubic feet of natural gas, and another 600 trillion cubic feet in potential, this milestone development is coming at a crucial time. I am excited about this development which would not be possible without the support of our Board and shareholders”, Attah said at the Summit, attended by the world’s leading LNG stakeholders.

“NLNGhas so far converted over five trillion cubic feet of associated gas, which otherwise would have been flared, to liquefied natural gas (LNG) and natural gas liquids (NGLs) for both export and domestic use. It is Nigeria’s most significant natural gas utilization intervention to date, which is helping to preserve the environment and support Nigeria’s economic growth”, Attah told the audience. “From an initial investment of about $6Billion, NLNG has grown into a $15.6Billion investment with an asset base of about $11billion”, he explained. “The company has generated $90Billion in revenues as well as paid $5.5 billion in taxes to the government. The company has also has helped monetise the country’s gas resources and significantly contributed to reducing gas flaring from 65% to less than 20%,” he remarked.

All these have been achieved with a management staff entirely made up of Nigerians and a workforce which is 95% indigenous.