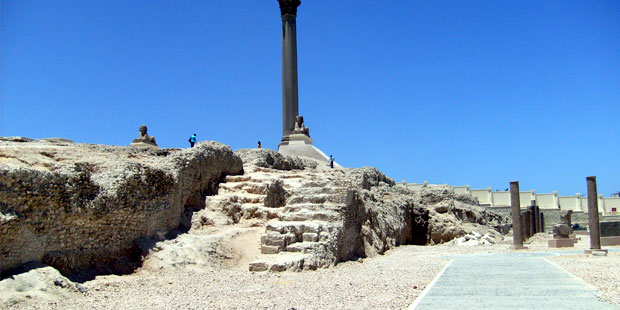 This contrasts with Nigeria just emerging from a recession and South Africa’s less than 1% growth.

The IMF is encouraged that Egypt’s current account deficit narrowed in dollar terms, “supported by the increase in non-oil exports and tourism receipts while non-oil imports declined”.

Headline inflation appears to have peaked in July and has been declining since then, supported by the Central Bank of Egypt’s (CBE) prudent monetary policy stance.

“The budget performance was broadly in line with program projections with a primary deficit of 1.8% of GDP.
There’s a chink in the armour though.

“The overall deficit exceeded projections by 0.4% of GDP and reached 10.9% of GDP, mainly on account of higher than expected interest payments”.

Even then, the IMF notes:Reflecting the overall strong policy framework and credibility of the authorities’ program, foreign exchange reserves increased significantly to record levels.

Egypt’s African rivals, meanwhile, get some tongue lashing from the Fund.
An IMF team, which departed South Africa on November 8, 2017 “sees little improvement in growth outlook in 2018. The country’s authorities project 0.7%GDP growth in 2017;

“Despite South Africa’s institutional strength and favorable global conditions, increasing domestic political uncertainty and stalled reforms point to a challenging economic outlook. Some sectors, including agriculture and mining, are certainly generating growth, but other key activities have stagnated or declined, as investment decisions are being postponed or abandoned.
The team sees growth as recovering only gradually in the medium term, “unless the pace of implementation of structural reforms accelerates quickly enough to prompt a clear recovery in business and consumer confidence”.

The IMF is equally disappointed with Nigeria. “The economic backdrop remains challenging, despite some signs of relief in the first half of 2017”, said a team which concluded a visit to that country in August 2017. “Economic activity contracted in the first quarter of the year by 0.6%, mainly as maintenance stoppages reduced oil production. However, following four quarters of negative growth, the non-oil economy grew by 0.6% (year-on-year), on the back of a rebound in manufacturing and continued strong performance in agriculture. Various indicators suggest an uptick in activity in the second quarter of the year. Helped by favourable base effects, headline inflation decreased to 16.1% in June 2017, but remains high despite tight liquidity conditions.

“Preliminary data for the first half of the year indicate significant revenue shortfalls, with the interest-payments to revenue ratio remaining high (40% at end-June) and projected to increase further under current policies. High domestic bond yields and tight liquidity continue to crowd out private sector credit. Given Nigeria’s low growth environment and the banking system’s exposure to the oil and gas sector, non-performing loans increased from 6% in 2015 to 15% in March 2017 (8% after excluding the four undercapitalized banks)”.