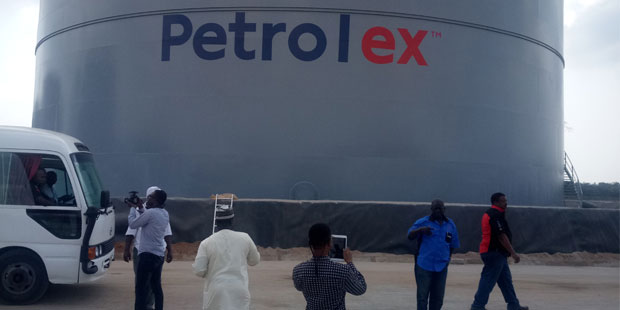 Petrolex Oil & Gas Limited, is set to launch what it calls a Mega Oil City in Ibefun, Ogun State, in the north of Lagos, Nigeria’s commercial hub.
The company says it is part of a plan to revolutionise the Nigerian oil and gas landscape.

It has invited Yemi Osinbajo, the Vice President, to launch the facility, the heart of which is reportedly a 300 million-litre capacity tank farm with the capacity to turnover 600Million litres of petroleum products every month.

“The facility is expected to improve the average Nigerian throughput capacity for distribution of petroleum products by over 500%”, the company says. Petrolex argues its project will decongest the tanker traffic in Apapa (the Port suburb of Lagos) and Ibafo (in the hinterland) by 60%, thereby eliminating hazards associated with storage and transportation of petroleum products in those areas. “To facilitate the achievement of its strategic goals, Petrolex has 16 barges, 8 tugboats and a 30KT vessel”, the company claims, adding, “the Petrolex Mega Oil City has a residential quarters, army barracks, 30 loading gantries and a 4000-truck capacity park with accommodation for drivers”.

The company reports that the tank farm is highly accessible through land and waterways; with easy access from the Atlantic Ocean. But how is that? 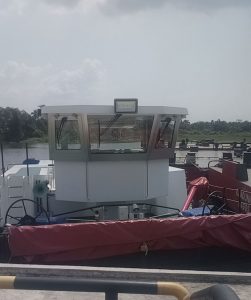 Petrolex’s CEO Segun Adebutu says the company consulted the vast midstream experience in the Netherlands “where They have narrow channels that are shallow but they are still able and capable to move their products up and down. They came in and did a survey and then built special barges that when fully laden, require just 1.8m draft to be able to operate. We spent close to $50Million building that fleet”, he claims. “What it essentially means is that, from our SBM (Single Bouy Mooring) point, we can bring in cargo into the channel and pump it into our tanks; which means we don’t need to dredge. That doesn’t mean to say some dredging hasn’t been done because space has to be created at the turn-around area and at the elbow coming into the River Aye. 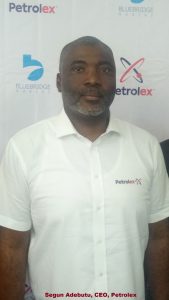 “The River Aye empties into the Lekki channel which then empties into the lagoon and then into the Atlantic. So there is a way of bringing in, to a certain point, big vessels that will be anchored. Because they are too big to come in here, our barges will have to meet them half way and transship the cargo and bring it to site. In the long run, because we are going to be handling much more products from the refinery, we have finished doing the Front End Engineering Design to build using the micro-tunneling technology, a 32km pipeline that will go all the way past the fairway buoy and exit at an export platform. What that means is that, unlike an SBM, it can take up to 3 Super Maxis. Super Maxis are vessels that can take up to 200,000 tons of petroleum product, crude or whatever. They can berth there and we can pump as much as 200Million liters a day via the pipeline into the facility.

The reason we require that kind of volume is that that kind of pipeline is not just going to pump in or out only clean products; we are going to have a gas pipeline in it and also a pipeline that will handle crude.

Petrolex says it has a vessel that can take 30,000 tons of product, 16 barges that can carry clean products that can be propelled by push-out tugs.
This is essentially why it can say it has “proximity to the Lagos market, and easy accessibility to the Northern and Eastern parts of Nigeria, gives it a strategic advantage, as customers can load their products in unprecedented time and avoid delays which characterise the industry”.