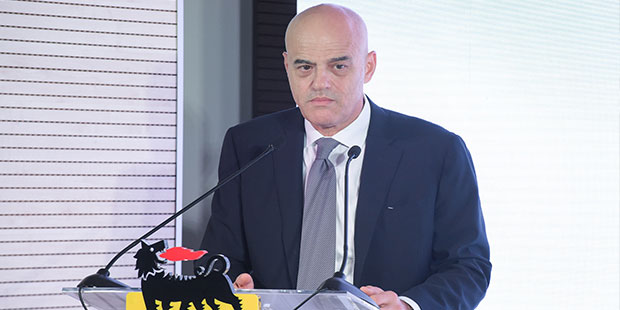 Expected to reach 1Bscf/d, pumped into the domestic gas grid, by 2019

The field is producing 350Million standard cubic feet per day.

The gas is being pumped from Zohr to Port Said’s new land station at El-Gameel, where it is being treated and transferred to the national natural-gas network.

ENI, the Italian giant, had promised, almost immediately it discovered the field in September 2015, to deliver the project in record time.

Zohr Gas field is located inside the 3,752km² Shorouk Block, within the Egyptian Exclusive Economic Zone (EEZ), in the Mediterranean Sea. The field is situated more than 150km from the coast.

ENI owns a 100% stake of the Shorouk license, through IEOC Production, and the acreage is operated by Belayim Petroleum Company (Petrobel), a joint venture between IEOC and Egyptian General Petroleum Corporation (EGPC).

ENI was granted approval for the Zohr Development Lease by the Egyptian Natural Gas Holding Company (EGAS) in February 2016. The field is expected to reach full production capacity, around 1Billion cubic feet per day, in 2019.