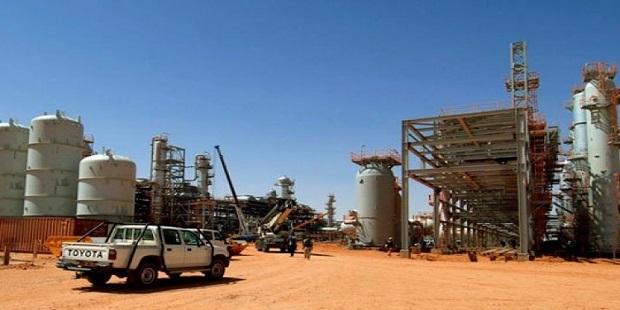 The Groupement Reggane Nord (GRN) consortium has commenced production from four out of six Reggane Nord gas fields.
The first wells were put in production on 13 December 2017. A total of ten wells are planned to come on stream by the end of the year.
A ramp up of production targets a flow rate of more than 280 million cubic feet of gas per day by mid-2018.

Reggane Nord is the first gas project that has been brought into production from this prospective region in the south west of Algeria.
With first gas, the commissioning period started in which the performance of the constructed Gas Treatment Plant will be tested and the new built GR5 national gas transport pipeline will be filled with the gas from Reggane Nord.

Field development in the Algerian Sahara is being carried out by the joint company “Groupement Reggane Nord” (GRN), which has been established by the project partners especially for this purpose. The Groupement Reggane-Nord (GRN) partners are Repsol (29.25%) as licence operator, DEA Deutsche Erdoel AG with its 19.5%-share, Algeria’s state hydrocarbon company enterprise Sonatrach (40%), and Edison (11.25%). Reggane Nord is located in the Reggane basin of the Algerian Sahara desert.

Exploration activities started in 2002. The Field Development Plan was approved on 30 November 2011, followed by the foundation of the Groupement Reggane Nord and the start of field development in 2012. The Reggane Nord project comprises of six dry gas fields of Reggane, Azrafil Sud-Est, Kahlouche, Kahlouche Sud, Tiouliline and Sali.

The scope to first gas included design, construction, commissioning and start-up of the Central Processing Facilities (CPF) including a Gas Treatment Plant (GTP), a gathering network (flowlines, trunklines, manifolds) to connect the wells to the GTP, a Gas export pipeline (approx. 74 km) from the GTP to the new built GR5 national gas transport pipeline as well as a Living Base and Security Camp.
The production phase of the project is expected to span about 25 years.