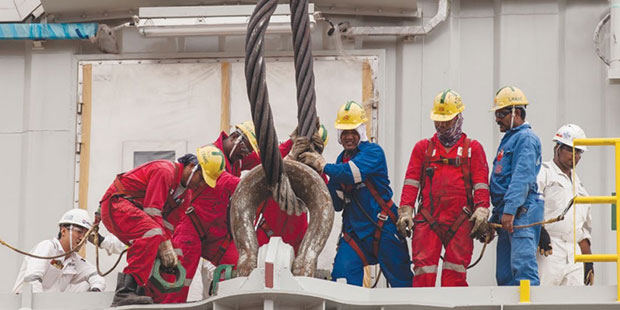 Production is very close to FPSO capacity, with less than half of the wells drilled.

The TEN cluster of fields in deepwater off the coast of Ghana has far surpassed the gross production guidance for 2017.

The project, which involves a joint development of three accumulations: Tweneboa, Enyara and Ntomme (TEN), was expected to just slightly exceed 50,000BOPD by December 2017.

Operator Tullow Oil has managed production from 11 wells out of a planned 24 wells and did not anticipate production even to reach 60,000BOPD this year.

Drilling of the remaining 13 wells was stopped in 2015 as Ghana dragged Cote D’Ivoire to International Tribunal of the Law of the Sea, ITLOS, to adjudicate a boundary claim issue.

Tullow planned to drill the remaining wells if the ITLOS judgement favoured Ghana and thereby ramp up production to as close to the FPSO capacity of 80,000BOPD as possible.

On 23 September 2017, ITLOS made their judgment and the new maritime boundary does not affect the TEN fields, but two months later, the TEN development had ramped up to 70,000BOPD, with just the 11 wells!
The output surpassed the 50,000BOPD guidance by 40%.

TEN is the second of three deepwater fields that have been developed since Ghana commenced sizeable commercial crude oil production in December 2010.

The others are the Jubillee (the first) and the ENI operated Sankofa field (the third).