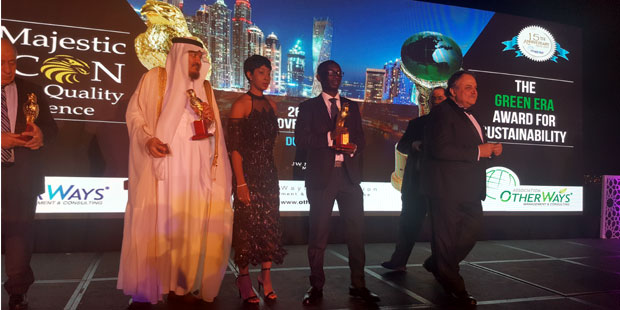 The Ghana National Petroleum Corporation (GNPC) has won two awards, confirming its leadership role in Ghana’s Petroleum Sector and beyond. The Majestic Falcon Award for Quality and Excellence and The Ghana Industry Leadership Award – Petroleum awards, were conferred on GNPC at two separate events in Dubai in the UAE and Accra, in Ghana. 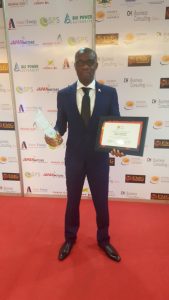 the timely completion of three key projects (Jubilee, TEN and Sankofa fields) on schedule and on budget. The event was organized and conferred by Other Ways Management and Consulting International Limited.

The Industry Leadership Award – Petroleum, at the first Ghana Energy Awards, held in Accra, under the theme: Energy for National Development: 60years and beyond. The Ghana Energy Awards aims to recognize the efforts, innovation and excellence of stalwarts within the energy sector and to celebrate the successes of the players competing under various categories of the awards.

The Ghana Energy Awards is organized by the Energy Media Group (EMG), a full-service media company based in Accra and GP Business Associates (member of the CH Global Network), a business consultancy company. 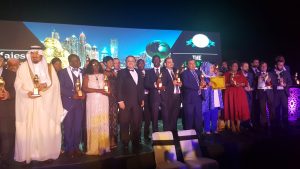 GNPC was established in 1983 under the Ghana National Petroleum Corporation (GNPC) Law 1983, PNDC Law 64 and started operations in 1985. GNPC is the anchor partner in upstream petroleum operations in Ghana, and is currently in 17 joint venture partnerships with international players over 17 oil blocks. GNPC is the national gas aggregator.

GNPC’s strategy is to become an operator in the medium term and is currently pioneering exploration works in the onshore Voltaian Basin, the largest sedimentary basin of Ghana, covering 103,600 kilometres (approximately 40% of the country’s landmass).

GNPC’s strategy is to become an operator in the medium term and is currently pioneering exploration works in the onshore Voltaian Basin, the largest sedimentary basin of Ghana, covering 103,600 kilometres (approximately 40% of the country’s landmass). 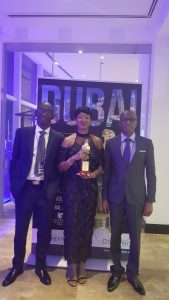 The GNPC Foundation is driving GNPC’s corporate social investment strategy.
Under the Education and Training pillar, the GNPC Foundation has started awarding scholarships to over 700 students entering the country’s universities to study courses in science, technology, engineering, and mathematics (STEM). The foundation is also in discussions with some universities to drive positive reforms in our educational system (STEM) to meet the growing needs of industry, provide our citizens with livelihoods and upgrade our educational standards to that of developed countries.

The Foundation is working on setting up industry specific chairs in some selected public universities worth 1Million Ghana Cedis annually per university.