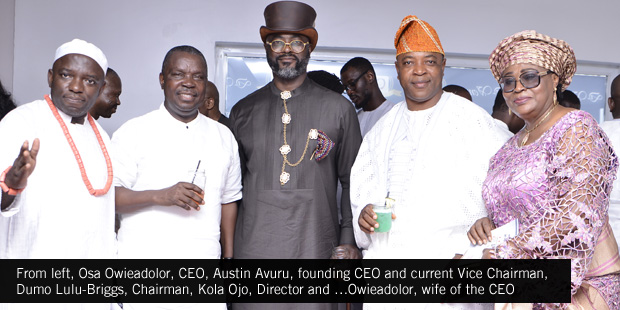 “We reached an all-time record of three thousand six hundred barrels of oil per day (3,600BOPD) this year”, Osa Owieadolor, the company’s chief executive, told guests at a ceremony held in a swank venue, located close to the southern Atlantic, in Lagos, Nigeria’s commercial hub. “With the highest production since first oil in 2007, we have had cumulative output of over 1Million barrels (gross) this year so far”.

The entire volume was from the Egbaoma field in Midwestern Niger Delta, a marginal oil field awarded by the Nigerian government to the company in 2003.

Platform was entitled to 60% of that production, the remaining 40% being credited to Newcross, its joint venture partner and funder of the first phase of the field development.

The ceremony, a mix of musical concert, comedy and Christmas carol performances, brought together top executives in the Nigerian oil patch and provided an avenue to fete the company’s key stakeholders; host communities, staff, shareholders and board of directors. At times, it had a heavy overhang of a religious activity. A session led by the company’s chairman, Dumo Lulu Briggs, started with a statement to the guests: “Let us clap for God”.

“It’s a thanksgiving we are having really”, explained Austin Avuru, Platform Petroleum’s kickstarter and founding chief executive, who is currently Vice Chairman of the company’s Board and chief executive of Seplat, a London listed firm created out of a Special Purpose Vehicle involving Platform Petroleum, Shebah Oil and the French independent Maurel et Prom.

“We are doing so well, much more than we’d ordinarily expect from this (oil) field because it’s such a challenging geology”, Avuru explained. “With that and the other projects we’ve delivered this year and the achievements we are able to make, we think it can only be God”.

Last May, Platform Petroleum commissioned a $0.75MM geoscience building, equipped with laboratories and several lecture theatres, at the University of Nigeria, Nsukka.