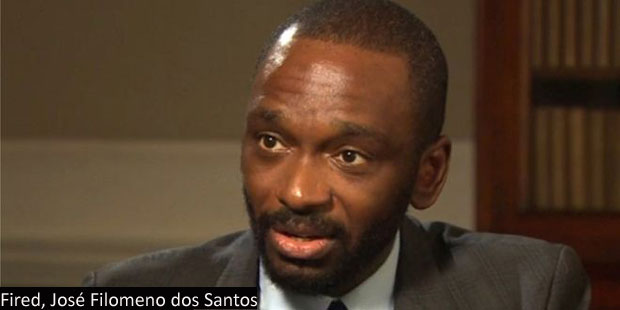 Angolan President, João Lourenço, dismissed José Filomeno dos Santos as chairman of the Board of Directors of the Angola Sovereign Fund on Wednesday, January 10, 2018.

He immediately installed Carlos Alberto Lopes to the post. It was the second time in two months that the new President, elected last September, would fire a child of his predecessor, José Eduardo dos Santos, from a high ranking public position. Last November, Lourenço sacked Isabel dos Santos as head of Sonangol, the country’s state hydrocarbon company.

Wednesday’s announcement also included the appointment of Lopo Fortunato Ferreira do Nascimento and Marcolino José Carlos Moco, as non-executive directors to the Board of Directors of Sonangol.

Weeks before his ouster, Filomeno dos Santos had reported a 3rd Quarter 2017 profit of $40Million for the Sovereign Wealth Fund, which was created in 2012 with an initial allocation of $5Billion. He had also talked of plans to boost the Fund’s investment in projects in parts of Africa. His dismissal came however, after an external inquiry into the Fund’s performance and governance, although the result of that enquiry has not been made public.