Keter Returns To His Seat As Kenya’s Oil Minister 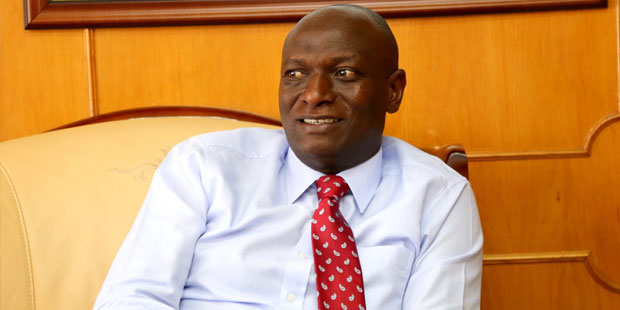 Charles Keter, 49, has been reappointed to the Kenyan ministry of energy and petroleum as cabinet secretary. It will be his second term. Mr. Keter was one of the six Cabinet Secretaries (Ministers) that President Uhuru Kenyatta has reappointed back to their former ministry posts.
Keter was first posted to the ministry in 2015.

He belongs to the United Republican Party (URP) on which ticket he was elected to represent the Belgut Constituency in the December 2007 Parliamentary elections. In 2013 he ran for the senatorial seat for Kericho County on a URP ticket under the Jubilee Coalition led by Uhuru Kenyatta.

With this appointment Keter is one of six cabinet secretaries that have retained their former seats after the elections that returned Uhuru Kenyata to the Presidency.

Keter comes back to the Petroleum Ministry at a transition time between the heady days of discovery after spectacular discoveries of crude oil in the country and the sober work of developing the discovered fields. President Kenyata is anxious that Kenya reaches first oil at terribly short notice, but these are financially challenged times for the industry and, as a site of oilfield development, neighbouring Uganda has retaken the lead in terms of consideration of International Oil Companies.