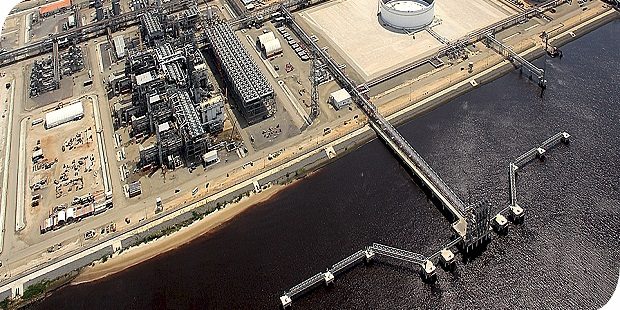 These figures were obtained by OPEC secretariat through direct communications with the approving authorities in both countries, the report explains.
Production data obtained by the Secretariat from secondary sources are significantly different in terms of pattern; they cite Nigeria as having produced 1.66MMBOPD contrasted with Angola’s 1.639MMBOPD.

But for us in Africa Oil+Gas Report, the officially supplied data (ie one provided by the countries’ authorities) in the MOMR, corroborates the data on Angola’s dedicated reporting website, which we access every month.

Nigeria does not have a comparable website with the Angolan site, which presents every month, almost in real time, crude oil production data by all the companies operating in the country.

The Central Bank of Nigeria reports all liquid hydrocarbons, including natural gas liquids and condensates in its quarterly statements. The CBN fourth quarter 2017 report indicated 1.8MMBPD of liquid hydrocarbons produced by Nigeria. This is not as definitive as the Angolan reporting. The OPEC report and the Angolan dedicated website, report just the crude oil data. Condensates are not counted in OPEC production quota even though they are sold in the market as crude oil.

Find the full details of Angola’s 2017 production, including the main producers and their gross and net output, in this link.

« TNP Reopens After 46 Days Shut In
Egypt To Return, Again, To The Market »