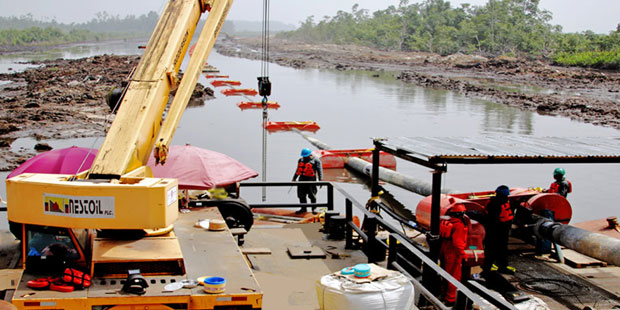 As such, it will be farming down in its partnership in the Oil Mining Lease (OML) 42, located in the Western Niger Delta.

Nestoil holds 80% of Neconde. What is particularly curious about the story is that Nestoil was the prime mover of the creation of the Neconde SPV, which took over Shell/TOTAL/ENI’s 45% stake in the acreage in 2012. The majority 55% is held by NNPC, the state hydrocarbon company.

Creating value from the asset takeover has been an epic struggle. While Neconde paid $585Million to buy the 45%, it has found it difficult to reach and stay on an optimum output, at an optimum price, to pay back debts and fund a sorely needed expansion. First the NPDC, the ineffectual E&P subsidiary of the state hydrocarbon company NNPC was imposed to operate the asset and that meant a low production (less than 20,000BOPD) for over three years.

It was inside that time frame that the crude oil price collapsed. And just when the prices were about to climb back up, Niger Delta militants bombed the crude evacuation facility, forcing the terminal to shut in for 16 months between February 2016 to June 2017. Out of the $585Million paid for the stake, the consortium partners (Nestoil, Yinka Folawiyo and KOV) paid $435MM as equity and collectively raised $150Million as debt. What’s not clear is how much of the $435Million equity payment was raised as debt by the members of the SPV.

What are you buying?

OML 42 was producing around ……..Details here