ENI Ramps Up Egypt’s Nooros Beyond A Billion 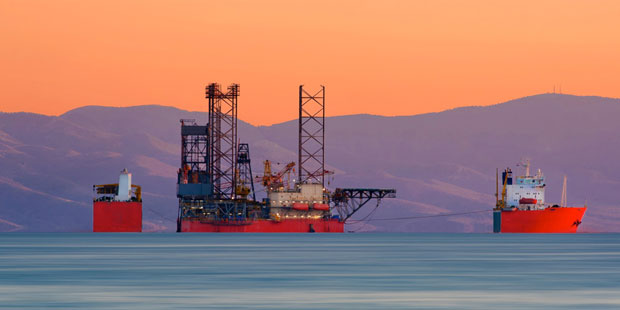 The company itself reports that the field now produces 32 million cubic meters per day, or 1Billion, One Hundred and Thirty Million Standard Cubic Feet a day (1.13Bscf/d).

The volume is equivalent to around 215,000 barrels of oil equivalent per day (BOEPD).
“This production level represents the highest ever recorded by an Eni field in Egypt in the last 50 years”, ENI says in a statement
The company promises even more.

“This significant result has been reached thanks to the start-up of the NW-7 well, the thirteenth drilled within this field. Production levels will increase further by June 2018 when a fourteenth well, currently under drilling, will start-up. This is expected to allow ENI to reach 34Million cubic meters per day (or 1.2Bscf/d) of production, equivalent to around 230,000 BOEPD”.

“The Nooros field was discovered in July 2015 in the Nile Delta offshore area and put into production in record time the following month. It is currently ENI’s main gas producing field in its Egyptian asset portfolio as well as an example of the success of the company’s integrated model. The discovery perfectly exemplifies ENI’s “near field” exploration strategy, aimed at locating potential additional reserves located in proximity to already existing upstream infrastructures. Moreover, thanks to the mature operating environment and the conventional nature of the project, its development constitutes a unique case in the oil and gas industry, exceeding all expectations in terms of expected time and results”.

Nooros’ development will also be optimized in the mid-term following the extension of the development lease that will entail new investments, in particular the construction of a new trunkline linking Nooros with the El Gamil onshore treatment plant by year end 2018 and early 2019, ensuring the above production level in the mid-term while maximizing recoverable reserves.

These measures will also include the start-up of Baltim SW (where ENI holds a 50% stake through its affiliate IEOC Production BV, while BP holds the remaining 50%) and will allow the swift start-up of any future exploration potential in the Nile Delta area.

In the Nile Delta Concession, where Nooros is located, ENI holds a 75% stake through its affiliate IEOC Production BV, while BP holds the remaining 25%. ENI has been present in Egypt since 1954 and is the country’s main producer with an equity production of more than 250,000 barrels of oil equivalent per day.