South Africa Gets Its Sixth Energy Minister in Five Years 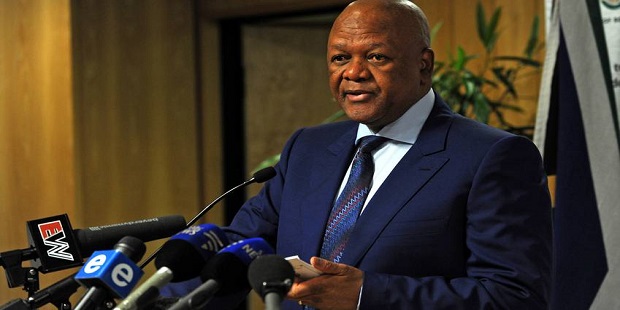 By Fred Akanni, in Windhoek

Immediate task is to rein in the crisis

A new Energy Minister was part of the cabinet portfolio changes effected by South African President Cyril Ramaphos a President in the last week of February 2018. Jeff Radebe, veteran member of the ruling ANC, was moved from the position of Minister in the Presidency to the Energy Ministry. His was one of the 24 changes the new President made in the 38 Cabinet portfolios.

Mr.Radebe, who has been a South African minister since 1994, is the sixth in succession, in the last five years, to Dipuo Peters. After Ms.Peters served as Energy Minister from May 2009 to July 2013, former President Jacob Zuma made several changes in relatively quick succession. Ben Martins, Tina Joemat-Pettersson, Mmamoloko Kubayi-Ngubaneand, most recently,David Mahlobo, followed.

Under their watch, debts piled up and reputation floundered as corporate governance weakened in PetroSA, the country’s hydrocarbon E&P company; a Gas master plan, on the drawing board for over a decade, remained stubbornly on the back burner; the Integrated Energy Plan is out of date; oil companies have dithered about exploration in South Africa as uncertainty grew around the content and likely passage of the Mineral and Petroleum Bill; the country’s widely applauded Renewable Energy programme suffered disinvestment as Eskom, Africa’s largest Energy Utility, called off the connection of completed projects into the National Grid. The last victim of the country’s unforced Energy crisis is the plan to roll out a gas to power, Independent power programme.

Radebe was a student when he joined the African National Congress (ANC) in 1976. The following year, he was dispatched to Mozambique and soon after to Tanzania where he worked as a journalist for a radio station in Dar es Salaam. Radebe was arrested in 1986 after an unsuccessful secret mission by the ANC, and was convicted under the Terrorism Act of the then Apartheid government. He was sentenced to a 10-year imprisonment on Robben Island. After a successful 12-day hunger strike, he was released from prison in 1990.

Radebe served as Minister of Public Works from 1994 to 1999 under Nelson Mandela. President Thabo Mbeki made him Minister of Public Enterprises (1999–2004) and Minister of Transport (2004-2009). He was Minister of Justice and Constitutional Development from 2009 to 2014. Radebe is South Africa’s longest continuously serving cabinet member.
South Africa’s media has outlined priorities for Mr, Radebe. “He has to reinforce the message that nuclear is unaffordable and is not on the cards”, wrote Engineering News, a reference to widely reported insinuations that former President Zuma was keen on foisting the building of very expensive, large scale nuclear power plants on the country.

The newspaper also wants the minister to reaffirm government’s support for the country’s Renewable Energy Independent Power Producer Procurement Programme, “which has delivered more than 60 projects to date, while simultaneously facilitating a material decline in renewables tariffs. He can deliver a quick win by overseeing the signing of the 27 power purchase agreements that have been illegally delayed by Eskom”.