Nigerian Bid Round May Not Happen Until After 2019 Elections 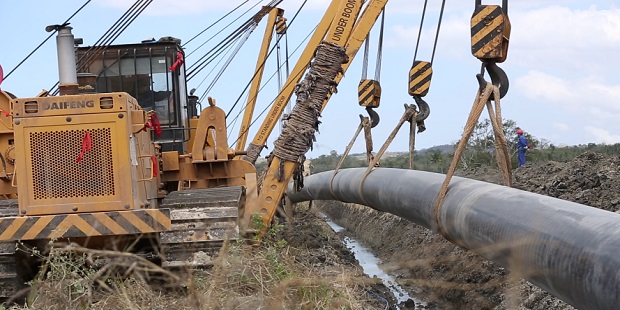 President Muhammadu Buhari is not predisposed to assenting to a bid round, for now, sources at the Nigerian Ministry of Petroleum have suggested.

He hasn’t said a word about the several lease sale proposals on his table.

]Nigeria’s last bid round was in 2007, which means that the Presidencies of Umar Yar’adua, and Goodluck Jonathan did not conduct any lease sale, but the Goodluck Jonathan administration executed a number of discretionary marginal bid round awards, especially two (Ubima and Otakikpo) fields in the country’s east.

To its credit, the Buhari administration hasn’t agreed to a single discretionary award.

Between 40 and 50 marginal fields-undeveloped discoveries which have lain fallow in acreages operated by Shell, TOTAL ExxonMobil, Chevron and ENI for over 13 years- are expected to be up for grabs. Aspects of the proposed regulations of the bid round indicate that interested investors will be required to pay $50,000 each for a Report which include “details of their shareholding structure, names of their directors, track record in the oil and gas sector, audited financial statements, partnership and/or collaboration with indigenous firms, and financial resources to bid and pay for the oil acreages”. After the report is approved, bidders will also pay $15,000 each as data mining fees to enable them gain access to the relevant data on the acreages that will be placed on offer”.

Mr. Muhammadu Buhari, elected on an anti-corruption platform in 2015, reportedly sees issues such as hydrocarbon lease sale, electricity tariff increase, deregulation of petroleum product prices and willing buyer-willing seller natural gas prices, as avenues where the elite take advantage of the poor, who he sees himself as representing. Some of the country’s most vocal economic analysts have described the president’s stance as inflexible. Indeed, most of the areas where the President has disallowed free market laws of economics have been in the crucial energy sector.