Somali Data Looks Good, But Who Will Drill It? 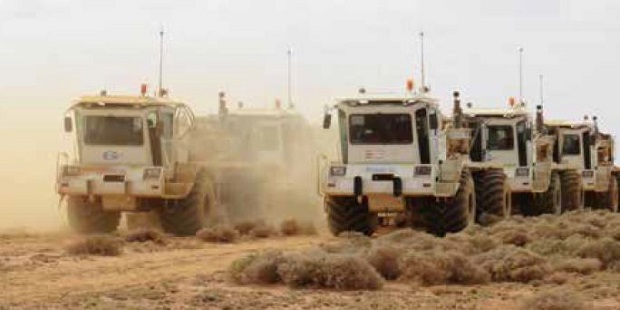 Sterling Energy says there are “encouraging technical indications”, from its review of the two dimensional (2D) seismic dataset acquired by the government of Somaliland, but the company’s published update on operations in the country doesn’t point to a probable time of drilling any prospect.

Somaliland is a sovereign territory outside of the war ravaged Somali.

Sterling, a 34% non-operating partner, “is undertaking a highly focused and rigorous processing effort, independent of the Operator, with the primary technical objective of improving the deeper subsurface image”, the update says. “The first phase deliverables will be a full pre-stack time migrated dataset, consisting of 3 lines of approximately 235km”.

This is about the Odewayne (onshore) Exploration Block, for which production sharing agreement (‘PSA’) was awarded as far back as 2005. That agreement is in the third period, and the government has been generous. The companies; Genel Energy, which is operator and Sterling, have not had to spend a single cent on data acquisition and they have no clear path to drilling, even after the government acquired data and handed it to them. “The minimum work obligation during the optional fourth period of the PSA (also extended by 2 years to May 2020) is for 1,000km of 2D seismic and one exploration well”.

That obligatory 1,000Km of data was acquired by the Somaliland government, rather than the contracting parties, in 2017.

There’s a lot of technical framing of a statement that’s ordinarily meant to say: “We are not ready to invest up to the drill site on this block. Read the following from Sterling’s update: “There is an option in place for a second phase of processing on the remaining 765km (13 lines) of data; the decision to progress to this optional second phase will be made once the initial deliverable have been received and assessed. This workflow will allow for an informed technical and commercial perspective on the block in H2 2018”.

Here is the thing: unless another partner comes into the block, there is no likelihood that either Genel or Sterling will drill any well here, even in 2022.

« NDPR Moves Rig To Ogbele, With Omerelu in Sight
NewAge Starts Drilling Campaign For 2Tcf of Gas in Cameroon »