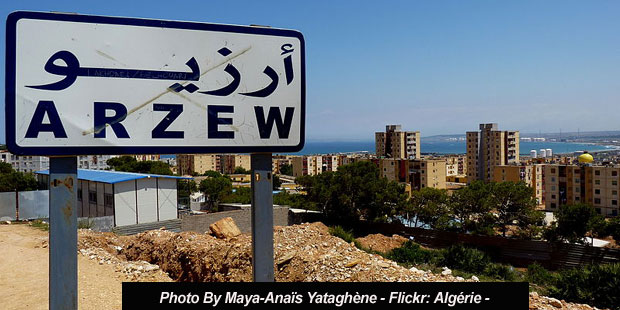 TOTAL has signed an agreement with Sonatrach, the Algerian state hydrocarbon company, to launch engineering studies for a petrochemical project in Arzew, in the west of the country.

The project includes a propane dehydrogenation (PDH) unit and a polypropylene production unit with an output capacity of 550,000 tons per year. The project represents an investment of around $1.4Billion by the two partners (Sonatrach 51%, TOTAL 49%), who are planning to start the front-end engineering and design (FEED) this summer, subject to approval by the relevant Algerian regulatory authorities.

The facility will valorize propane, produced in large quantities locally, by transforming it into polypropylene, a plastic for which demand is growing strongly. It will supply in priority the local and Mediterranean demand and TOTAL will be responsible for the commercialization of the rest of the production in Europe, where it will leverage its market expertise to the benefit of both partners.

“This project in Algeria illustrates our petrochemical growth strategy which consists of expanding our activities from competitively advantaged feedstock, especially derived from gas, to take advantage of the growing global plastics demand. This polypropylene project complements our other projects announced recently in the United States, in the Middle-East and in Asia, which are primarily focused on polyethylene” commented Patrick Pouyanné, Chairman and Chief Executive Officer of Total. “It is also an opportunity to strengthen our cooperation with Sonatrach, by moving beyond our long-standing exploration and production relationship to invest in the downstream together.”

In 2017, TOTAL produced 15,000 barrels of oil equivalent per day (BOEPD) in Algeria, all of it from the Tin Fouyé Tabankort (TFT) gas and condensate field. The Group currently holds a 35% in interest in TFT.

In March 2018, TOTAL started up production from the Timimoun gas field in southwestern Algeria. The Group has a 37.75% interest in the field, which has a production capacity of 5 million cubic meters of gas per day (around 30,000 boe/d). TOTAL also markets lubricants and bitumen in Algeria.

Through the Maersk Oil acquisition, which closed on March 8, 2018, TOTAL now holds a 12.25% interest in the El Merk, Hassi Berkine and Ourhoud oil fields, which have a combined production capacity of 400,000BOEPD.

In November 2017, TOTAL also announced the acquisition of Engie’s upstream liquefied natural gas (LNG) assets. Once closed, this transaction will add 4.6 million tons per year to the Group’s global LNG portfolio thanks to supply agreements with Sonatrach.