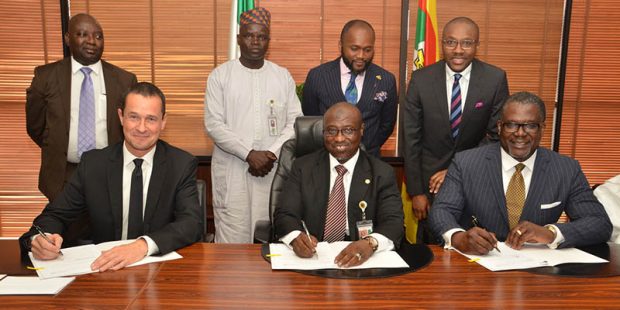 The Nigerian independent, First E&P finalised the acquisition of three dimensional (3D) seismic data on Oil Mining Leases (OMLs) 83 and 85.
These are the very acreages it has an agreement with Schlumberger to jointly develop, but the Final Investment Decision is unlikely to be taken before June 2018 for the development of the properties, which include Anyala (OML 83) and Madu (OML 85) fields in shallow water off the East Central Nigeria Delta. One key reason for the delay: Schlumberger and First E&P don’t see timing the same way. “There has been misalignment between the two partners on several milestones”, a source at the Nigerian National Petroleum Corporation (NNPC) explains.
Taking FID anytime after June 2018 means at least a full year after the NNPC, First E&P and Schlumberger signed a tripartite agreement for development of those two fields.
Project FID was supposed to have been taken by December 2017, with first oil expected by 2019. That is not going to happen now.
Under the agreement, Schlumberger will contribute the required services in kind and capital for the project development until first oil. The joint project team will leverage the technical expertise of Schlumberger and the extensive local knowledge of the partners. The project is to be developed with an existing FPSO and is designed to add 50,000 Bbls of oil per day and 120 MMscf of gas per day.