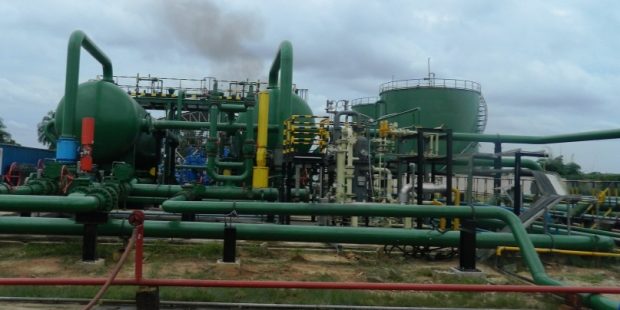 Seplat Petroleum could easily have produced much higher than 65,000BOPD, on average, even from its assets in Western Niger Delta (WND) alone, but for perennial crude oil theft in 2018.
The company announced a gross Liquid hydrocarbon output of 61,150BOPD for first quarter 2018 from Oil Mining Leases (OMLs) 4, 38, 41 and the Umuseti field, in the Western Niger Delta, as well as OML53, in the Eastern Niger Delta.
Excluded is production in OML 55, also in the east, which, like the Umuseti field, it doesn’t operate.

“Production uptime in Q1 stood at 82%”, the company says in its first quarterly report. The 18% downtime is the result of perennial outage of the TransForcados Pipeline. due to leaks brought on by crude oil theft related vandalism. For specific periods in January, February and March, the pipeline was savaged.

Seplat says in the report that the Amukpe to Escravos pipeline, its main alternative to the TransForcados, “is expected to be commissioned and operational in Q3 2018”.
Vandals hacked into the TFP in very late December 2017, leading to outage in the first two days of January. Incidents happened in early February 2018, causing a four day outage from February 3 to 7. Outages occurred twice in March; first around March 7 and the second at the end of the month.
Seplat production in OMLs 4, 38 and 41, have been known to surge to 70,000BOPD, at optimum during the period.
The company also delivered 351MMscf/d of gas on average during the period, far more natural gas volumes than it ever had and which would have been even much more if not for those outages.