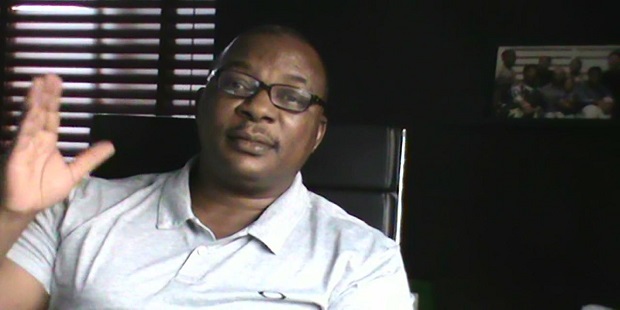 Jude Egbokwu was trying to progress his career as IT Telecoms Engineer at Chevron, the American oil giant, when he enrolled for a masters’ degree course in IT at Loughborough University in the United Kingdom.

“While at Chevron, I’d nursed the thought of being on my own. My eighteen-month study leave at Loughborough University was an eye-opener. It showed me where the direction of technology was heading”.

Upon return from his study-leave, he knew he was on his way out. His intention was to stay for a year or two planning his exit, but that was not to be as some incidents hasten decisions.

“There was a Chevron policy stating that once you undertake a study-leave, there’s no guaranteed resumption to your former position. By then, I’d worked a decade as a telecoms engineer looking after operations in Lagos, Port-Harcourt, Onne and providing support as far as Angola”, he recalls.

Upon resumption he was displaced from the organogram, demoted from working on corporate projects to an analyst working on a small project like Onne. “My newly acquired knowledge of Information Technology, understanding programs and codes presented me the ability to marry both IT and telecoms. It makes you more robust in an environment like that. I could still have been of use in Chevron, for reasons best known to my superiors, I was cubby-holed. It precipitated my early departure and that’s how I started UnoTelos”.

UnoTelos is a systems Integrator Company specializing in integrating different parts of telecoms technology-hardware, software, professional services together into a new or existing network be it add-ons or Greenfield, was registered in 2004. Actual operations began fully in 2005.

“Our first job was a N20,000 (around $1,500 at the time) cabling contract done in 2005. Funding was very difficult to access. Companies are wary of awarding big jobs to novice companies for lack of track record. UnoTelos at the time didn’t have the capacity to get those projects done. Projects I could handle as a project engineer in my former employ, got no sanctions as a sole entrepreneur approaching banks or big companies. So mundane works sub-contracted by a third-party were what was on offer, I simply took on those jobs.  There’s an element of luck in business.  My previous relationship 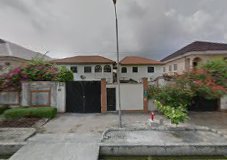 with the Chairman of Arik Air earned us our very first break. Most of the telecoms work executed around infrastructure of Arik Air, cabling of their offices, branch offices, airport, and supplies of IT consumables was done by UnoTelos. That gave us the leverage to execute other projects.

“Working with MTN in 2009, we became the first indigenous company to deploy a network-based security solution across all bearers i.e. SMS, Web, Email and across all access technology from Wimax, 2G, 3G presently 4G, ADSL. Our technology was there to provide the security around it. The second break propelling us further. Eight years on, we’re still working with MTN”.

UnoTelos started with three individuals. Egbokwu himself as MD, H.R Manager, Safety Manager doing a whole lot, an Admin person and a young engineer named Mayowa Adekoya who joined the company in 2005 fresh out of Igbinedion University. “He has been with us since then growing in status as a network engineer. At present we’re fourteen staff members working out of the three operational bases in Nigeria, Ghana and South Africa. We have shelf offices in Kenya and Liberia and recently added an offshore support office in USA.

“We’re a technology company, we don’t undertake projects outside of our purview. We do our due diligence well.  Victoria Crown Plaza Hotel presented the most rewarding case by testing out a new technology at the time-IPTV. Though it came with its own issues, we deployed it successfully. It’s still working till date”.

Winning the 2015 ICT Integrator Award in 2015 was a testament to UnoTelos Limited adherence to meritocracy, Egbokwu says, adding that the company has a continuing pile of work orders that it generates yearly revenue of about ₦1Billion naira (about $3Million).

“Infrastructure deficit is a major problem in Nigeria. The mobile operators shouldn’t be in the business of generating electricity nor providing their own security to start with. That drives up their operating costs. That’s why we’re paying so much for mobile services in Nigeria. Electricity majorly is the biggest problem for infrastructure. Next is Right-Of-Way to lay fibre-optic cables is also a big problem in Nigeria. Multiple taxation another bedevilment. Lack or inadequate access to foreign exchange also a problem as most of the hardware and software deployed are paid for in foreign currencies.

“For our future plans we’ve incubated three start-ups. Cenica which deals with social media analytics. MineGuard deals with mobile apps and device business. We have a special device we’re working on. The third start-up is Adzinga Media. It is our digital media that does video streaming amongst other streaming technologies. We’re also invested heavily in farming. We diversify a lot. I see myself as a serial investor. I do a bit of real estate as well.

We’re beginning to buy and retrofit buildings. An upcoming project is a boutique hotel and offices where we’ll deploy our technology services, sort of like a test site. We’re seeking to become an enterprise provider. We’re going into areas where we can do Revenue sharing (rev-share) with mobile operators by installing our cloud services, and our own content distribution network. All fully owned by UnoTelos.

The investment we’re doing now is going in that direction. Around the Artificial Intelligence (AI) space, we’re looking at working with Ingram Maku of who we’re a certified partner. Ingram Maku is one of the biggest cloud services technology provider in the world. They belong to a federation (that’s what they’re called) we’re looking to introduce our own indigenous content distribution network. Our goal is to have this content where it can consumed outside this country. Those are the areas we’re looking at. We also have our own drone for contour and aerial mapping”.

Jude Egbokwu is happily married to Abimbola with five children. He likes to travel, collect art and plants on his many forays.