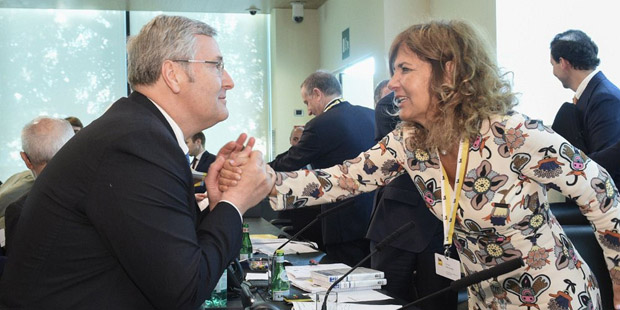 Opens up the southern part of 15/06, operator says

Italian explorer ENI has announced a new oil discovery in Block 15/06, in the Kalimba exploration prospect, in Angola’s deep offshore. “The new discovery is estimated to contain between 230 and 300 Million barrels of light oil in place”, the company declares.

The Kalimba-1 NFW well, which has led to the discovery, is located at approximately 150 kilometers off the coast and 50 kilometers South East from the Armada Olombendo FPSO (East Hub). The well was drilled by the West Gemini drillship in a water depth of 458 meters and reached a total depth of 1901 meters.

The company says that the discovery opens new opportunities for oil exploration in the Southern part of Block 15/06, so far considered mainly gas prone, thus creating new chances for additional potential value in the block.

ENI currently outputs an equity production of about 155,000 barrels of oil equivalent per day in Angola.

The next start-ups in block 15/06 this year will be the Upper Miocene, in the East Hub, and the Subsea Boosting System for the Mpungi field, while the Vandumbu field, that will be connected to the West Hub, will start production at the end of 2018, ahead of plan. These start-ups will add further 30,000 barrels of oil to the overall production from Block 15/06, which in 2019 will exceed 170,000 BOPD gross”.