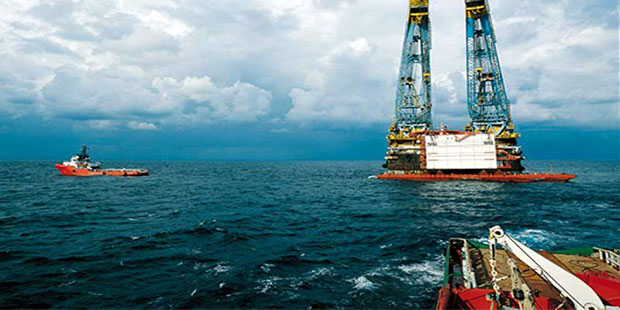 The first well of the offshore Bahr Essalam Phase 2 project, offshore Libya, has started commercial production of natural gas. “This comes just three years after the final investment decision”, says ENI, the Italian major who is collaborating with the Libyan National Oil Company (NOC) on the project. Two further wells will begin production by the week of July 16, 2018. An additional seven wells will come on-stream by October 2018.

Phase 2 of the project completes the development of what is the largest offshore producing gas field in Libya, increasing production potential by 400MMscf/d. It will be completed between September and October, bringing total field production to 1.1Billion standard cubic feet per day,(1.1Bscf/d).
Bahr Essalam, located about 120 kilometres northwest of Tripoli, contains over Nine Trillion cubic feet (260Billion cubic metres) of natural gas.

The current output is delivered through the Sabratha platform to the Mellitah onshore treatment plant before principally being used to supply the national network.
Chairman of the Presidential Council of Libya and Prime Minister of the Government of the National Accord, Fayez Al-Saraj, attended the opening ceremony and thanked the workers of NOC, ENI and Mellitah Oil & Gas for their efforts in developing the Libyan oil & gas sector.