Nembe Creek Trunk Line in the Fourth Week of Shut In 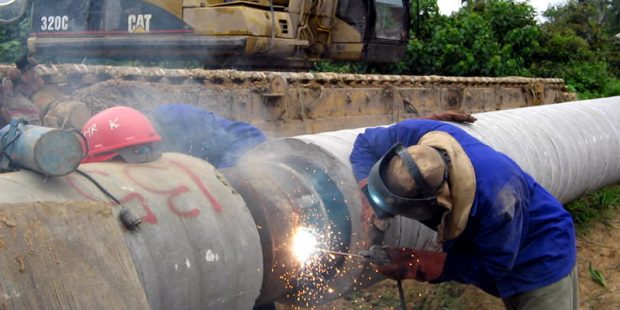 The seven year old Nembe Creek Trunk Line is in its fourth week of outage since early June 2018.

The 48”, 97kilometre, 150,000Barrels Per Day capacity crude oil evacuation pipeline was shut in on June 7, 2018, after significant rupture was detected.

The Nigerian independent AITEO, who is co- owner and operator of the facility, has been working on repairs of the line since then. “But it doesn’t look that the mend would be completely effected before the middle of July 2018”, sources at the company disclose to Africa Oil+Gas Report.

The NTCL, built for around $0.5Billion and commissioned in 2011, was meant as a replacement for the old Nembe Creek Pipeline, which had been severally weakened by “crude theft points” installed by oil thieves.

But the “new” Nembe Creek Trunk Line (NCTL) itself has been a target of oil thieves and vandals since its being commissioned into use. AITEO purchased a 45% stake in NCTL from Shell in 2015.

The company says that vandalism of the line by oil thieves has “resulted in the NCTL being shut down for about 145 days and an approximate deferment of 50.386Million barrels of Crude Oil (Net) for the six injectors into the NCTL since AITEO took over the operatorship of the Trunk line in September 2015”. Just a month before the June 7 shut in, “there were a total of 24 illegal bunkering points identified along the NCTL”, of which the company had “successfully repaired 9 of these illegal bunkering points during May 2018 at a huge cost”.

The current outage is apparently caused by tampering that is in a much more industrial scale than the earlier bunkering points.