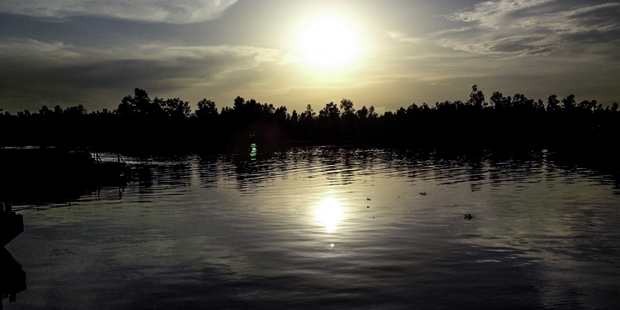 Indigenous producer emphasises the “weight of allegations with which Admiral Suleiman has been publicly confronted”.

AITEO’s response to allegations that it had masterminded protests by oil community groups against the Joint Task Force in the Niger Delta, is one of the rare instances in which a high profile E&P company has called out the Nigerian security forces for likely complicity in the scourge.

Defending itself against charges by the JTF commander, Rear Admiral Apochi Suleiman, the Nigerian indigenous operator, in a 1,000-word statement, pointedly asks whether it was “correct that the security forces are now offering protection/escort services to those allegedly responsible for oil thefts?”

And then it follows up: “How is it that vessel movement of the oil thieves occurs unnoticed in the region despite heightened activity in large scale illegal bunkering?”

The JTF is comprised of personnel from the Nigerian Navy, Army, Police, Nigeria Security and Civil Defence Corps and Custom Service. The JTF commander had accused AITEO of masterminding the protests against the task force in an interview with ThisDay, an influential Nigerian newspaper. A group named Niger Delta Oil Monitoring Group also, in a statement, accused AITEO of sponsoring the June 1 Abuja protest “to frustrate Rear Admiral Suleiman from consolidating on his successful curbing of oil theft in the Niger Delta”.

Insinuations about complicity of security forces in the theft of crude oil in the region has always been made, in media reports, in the work of researchers, and in declamations of civil society organisations.

But as the work of journalism around this issue has hardly resulted in smoking gun evidence, and the other agencies are very much external actors, the default mode had been to dismiss their recurring finger pointing. On the contrary, AITEO is a significant participant in Nigeria’s crude oil production, with nameplate output capacity (90,000BOPD), which is over 4% of the country’s total export, so its statement about the security forces is hard to ignore.

“We are one of the biggest victims of oil theft in the country”, the company laments.

AITEO operates the Nembe Creek Trunk Line NCTL, a crude export pipeline with capacity to pump 200,000 Barrels of Oil Per Day throughout its 97km length, starting from Nembe Creek, to a manifold at the Cawthorne Channel field on OML 18. From here, crude is evacuated the short distance to the Bonny oil terminal. NCTL is clearly one of the four largest crude oil to export pipelines in Nigeria.

The company’s statement revisits the key challenges faced by operators in the Niger Delta and reiterates the facts of huge losses of revenue that otherwise would have accrued to the Nigerian Government, which is struggling with a large debt burden and borrowing billions of dollars to finance its budget.

But the sting in the tail is the drawing out of the head of the security forces tasked with ensuring the safety of lives and property in the Niger-Delta.

AITEO had, in the June 6 2018 statement, declared; “any attempt by the embattled Admiral Suleiman to suggest AITEO’s involvement in the activities of those who undertook the protest or indeed any other related activity is a distraction designed to fail. It does not, in any way, detract from the weight of allegations with which Admiral Suleiman has been publicly confronted”.