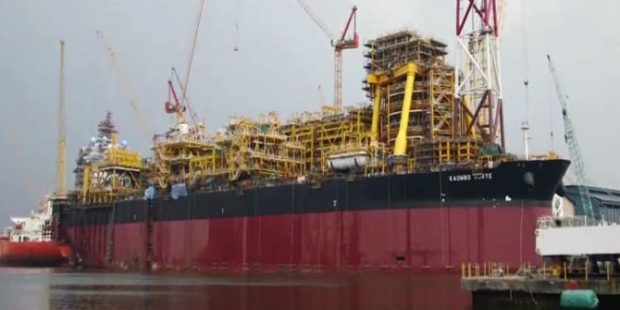 TOTAL has started up production of Kaombo, currently the biggest deep offshore development in Angola, located on Block 32, 260 kilometers off the coast of Luanda.

Kaombo Norte, the first Floating Production Storage and Offloading (FPSO) unit, has been successfully brought on stream and will produce an estimated 115,000 barrels of oil per day, while the second one, Kaombo Sul, is expected to start up next year. The overall production will reach an estimated 230,000 barrels of oil per day at peak and the associated gas will be exported to the Angola LNG plant.

A total of 59 wells will be connected to the two FPSOs, both of which are converted Very Large Crude Carriers, through one of the world’s largest subsea networks.

Together, they will develop the resources of six different fields (Gengibre, Gindungo, Caril, Canela, Mostarda and Louro) over an area of 800 square kilometers in the central and southern part of the block.

The Kaombo development will monetise an estimated 650 million barrels of reserves and “contribute to TOTAL’s’s growing production and cashflow in Africa,” stated Arnaud Breuillac, the company’s President Exploration & Production at TOTAL. “It will account for 15% of the country’s oil production.