“We Will Send the EFCC After You”, Wabote Warns 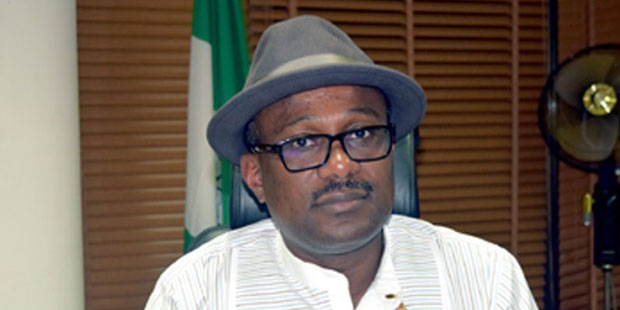 Simbi Wabote, the former Shell Nigeria Director who is now Executive Secretary of the Nigerian Content Development Monitoring Board (NCDMB), has announced the takeoff of a forensic audit of remittances that are due the board from all companies governed by the act of its establishment.

He said the board has engaged the country’s judicial sector on how the local content law works with regards to such remittances, and would take measures to ensure that operators who participate in its $200Million local content fund do not end up abusing the process and subsequently deflating the fund.

In his presentation at the Nigeria Oil and Gas (NOG) Conference in Abuja, Wabote said the NCDMB had concluded plans to hand over to the Economic and Financial Crimes Commission (EFCC) and Independent Corrupt Practices and Other Related Offences Commission (ICPC) any operator who failed to remit what was due to it as requested by the local content law.

“We were told by the agencies responsible for financial crimes that not remitting government fund in itself is a financial crime as it is contained in their acts, and as such, when we carry out this forensic audits, if we discover any breach of the processes, of course, we will hand over such to the agencies responsible to go after companies that want to sabotage the economy. The EFCC and ICPC will be responsible to go after such people who decides that they will not remit what is due government in terms of law,” he said.