Onosode in the NLNG Creation Story 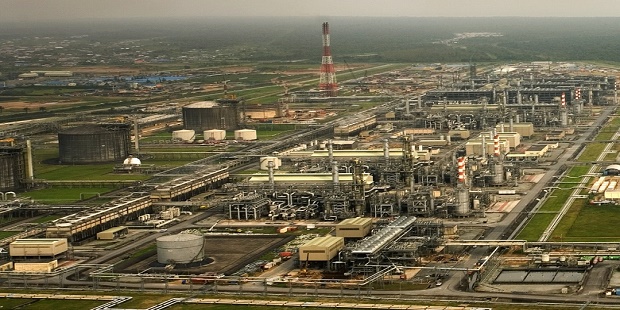 In the course of an evening of banter at Onosode’s residence, David- West had informed him that the government was about to establish an LNG Working Committee and wanted him to serve on the committee. “I was a bit surprised because I was not an oil and gas man. I was a banker and a manager; so I was really surprised,” Onosode recalled. 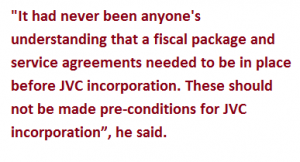 But the minister persisted: “Look, those are the skills we want represented in the working committee.” Eventually, Onosode gave in: “if the government says it wants me to serve in the committee and you came all the way to my house to tell me, I will not say no.

On the day of the inauguration of the LNG Working Committee in March 1985, the minister sprang another surprise. “When we gathered for the inauguration, then the minister sent for me. I went to his office and sat down. And he said ‘well I am sorry I didn’t tell you before, but I deliberately didn’t want you to know before now because I fear that you might turn down the request. We want you to be the chairman of NLNG working committee.’ I was stunned. When I recovered from my shock, I said ‘well, since the government said that this is the right person for the job, I will do my best, but I feel I am not a technical man, not being an oil and gas man; I am a banker and a manager.’
‘I believe that is what we needed’, David West replied.

“One more thing”, the minister continued, “the terms of reference that you will get will ask you to look into the feasibility of the project. That gives you the liberty to advise the government that under present circumstances or whatever, the project is not feasible. However, I want to say very bluntly that the government is not asking you to advise it on whether LNG project is feasible. We want you to tell us how to make it feasible.”

Onosode faced the same dilemma that every administrator who grappled with building LNG project in Nigeria had to contend with. How do you convince the international financial market to lend you billions of dollars when your country has no credit history? How do you convince partners and buyers alike to take you seriously when your country turned past efforts into a circus? 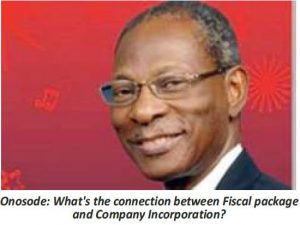 In the three decades before Onosode’s appointment, Nigeria made several unsuccessful attempts at building a LNG plant. Too many false starts; too many missed chances. The struggle to realise the LNG project was an epic story of wasted opportunities and tragic miscalculations, featuring an extraordinary cast of larger-than-life characters, many of them eminence grise of Nigerian politics and public service.

Opportunities to sell Nigeria’s gas in Europe were lost in 1966, 1976 and 1980. Nigeria’s market shares were taken by Algeria, the Soviet Union and Norway. New openings in Europe and USA in mid 1990s might be Nigeria’s last opportunities to get into the international gas business. To realise the LNG project in Nigeria, Onosode and his team needed to find solution to almost unsolvable puzzles of how to keep the government engaged, but not meddling.

Wavering government attention had been the Achilles heels of previous efforts. The committee needed to convince partners, lenders and buyers that Nigeria was committed to realising the project; that the project would be completed, not abandoned. This was not easy in a country where politicians do not speak and act with one voice. In a country where passionate rhetoric and strutting led to ruin, Onosode’s analytical detachment, sure-footed leadership and years of boardroom experience were major strengths. His integrity and unwavering morals served him extremely well in his new role. He shouldered an enormous responsibility on behalf of the state.

At the inaugural meeting, the Chairman did something unusual. To everyone’s surprise, he proposed, without explaining why it was desirable, the modification of the government’s terms of reference. Onosode recalled that event years later: “I was not happy with the logical sequence of the issues set out. We reorganised the terms of reference so that we would not incorporate the Company until we were satisfied that the project was viable. So, incorporation of the Company was one of the very last things to be done by the LNG working committee. So having challenged the unorthodoxy of the approach, we all agreed and re-drafted the terms of reference and sent it back to the minister. This ensured that the terms of reference fully reflected what the government had in mind. Thereafter, the LNG working committee began the task of engineering and re-engineering the environment to make it conducive towards the LNG project.

Participants were potential investors so the committee negotiated the terms of the partnership and investment. This was captured in the shareholders agreement. It took a lot of time and delicate negotiations to arrive at terms and conditions acceptable to all. ‘After that stage, we had to satisfy ourselves that we had a market for the product – liquefied natural gas’.

Having reshuffled the cards, Onosode reminded the committee that its main duty was setting up the vehicle for the realisation of the LNG project. He said the early registration of the Joint venture would boost the confidence of buyers who would prefer to deal with a corporate entity as opposed to individual companies. He then requested Shell, Elf (now TOTAL) and Agip (ENI’s subsidiary in Nigeria) to state conditions under which they would go ahead with the registration of a joint venture company. This needed to be agreed upfront to avoid ambiguities and surprises. Brian Anthony Lavers, Shell’s highly influential Managing Director in Nigeria, gave three conditions for his company’s participation – market availability, execution of the shareholders’ contract and an agreeable fiscal regime. Agip and Elf supported Shell’s position.

Onosode responded that he did not see the connection between the items enumerated by Shell and the proposed incorporation, adding that he had always thought that the incorporation of the Company would depend only on market availability. “It had never been anyone’s understanding that a fiscal package and service agreements needed to be in place before JVC incorporation. These should not be made pre-conditions for JVC incorporation”, he said.

The lOCs stuck to their guns, insisting that they were not prepared to accept the uncertainty of not having an agreed fiscal package prior to the incorporation of the JVC. It was the responsibility of the committee to formulate and make recommendations to the government and shareholders on the fiscal regime that would govern the project, they insisted. 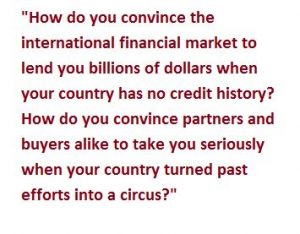 Onosode argued that it was not the intention of government, nor did indications from first contacts with the market show that ii was desirable that the viability of the project should be dependent on government concessions. The buyers only wanted a stable source of supply. The project would have seeds of instability if the benefits and rewards accruing from it were not seen to have been fairly shared, said Onosode.

He urged the oil companies to appreciate the several roles the government would play in the project- a sovereign, majority shareholder (through NNPC) saying that in both capacities the government had both ultimate responsibilities to all Nigerians.

Excerpted from The Story of Nigeria LNG Ltd., by Ifeanyi Mbanefo. Published by Bookcraft, Ibadan. Funded by NLNG Ltd.