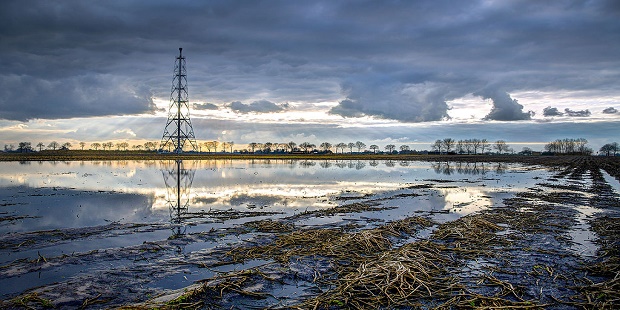 Is this the new reality?
Will $80 per barrel of oil help move the rig activity to new levels? The rig count is a vibrant sign how well the oil and gas industry is faring…at least that was the thinking before the Paris Climate Agreement of 2015. Lower oil prices have not helped buttress the case for the oil and gas community. Instead there is a growing public perception that all oil and gas assets should be viewed as ‘Stranded Assets”.

In Europe there are concrete plans to shut down natural gas operations. Witness Europe’s oldest gas field – Groningen-which within the next decade will be shut down. While scares of further earthquakes was a main driver to making this decision for the Government of the Netherlands, it is also a wake-up call for Exxon-Mobil and Shell the co-owners of this historic field. Once a cash cow it has become a stranded asset.

Yet in a country like Angola the gas age is now beginning: new exploration is being done to ensure that natural gas can be used as a fuel of choice to help expand the country’s industrial base. Putting together such a roadmap will require time, effort, strategy and implementation. Perhaps for the next 20-25 years. And perhaps the use of natural gas is also symbolic for more African countries.

Certainly it is chauvinism of the worst sort to believe that Africa should be following the route that Europe is taking. What to do? A simple proposition. An Energy Transition of Various Speeds. This requires an explanation.

In the good old days when everyone accepted that RRR(Reserve Replacement Ratio) was a parameter to reflect the upstream status of an oil company…it also was assumed that mid-stream and downstream were in capable hands. An essential tool to define the concept of the ‘Integrated Oil Company‘.

RRR was a sign that Upstream reflected a robust industry and reflected well upon the mid-stream and downstream assets: 100% replacement on an annual basis was seen as the norm (see Figure). Yet because reserves are calculated in fossil units, any attempt for the majors to engage in renewable energy, be that solar or wind would be a complete waste of shareholder value given that these reserves cannot be added to the reserve total. It is little wonder that any RRR calculation is hard to find in the financial reporting of the majors.

Post-Paris this has changed and therefore the concept of an ‘integrated oil company’ has vanished…With the oil and gas sector unwilling to think about converting  their ‘fossil –based reserves to energy units’ the oil companies have missed a big opportunity to be an active player in the Energy Transition…for example if an oil company had participated in the North Sea Offshore Wind Consortium, this could have created the equivalent of 500,000BOE reserves (100GW energy) …Nonetheless time has passed on and the oil and gas sector has chosen to ignore such an opportunity.

The result is that in spite of the higher oil prices, the oil majors will, in the coming period, face a crisis of their own making: a splitting up of their upstream/mid-stream/downstream assets and seek consolidation to maintain some sense of value. Upstream will remain in place but will have fewer and bigger players. The same with mid-stream and downstream. Throwing RRR overboard is the most visible sign that the majors will be consolidating their entire energy value chain. This could become very ugly!

For example it would not be surprising if Shell were to rid itself of its upstream assets and becoming a gas player(mid-stream) a business they understand and do well…and given the necessity of having natural gas in an energy transition they are well positioned to do this…downstream perhaps also a merger of like-minded company units.

And swirling in the background the independents will continue to have a key role in exploration and in the mid-stream and downstream sectors…to feed the majors …then we come back to the service industry…if the above consolidation does take place…this will also have its toll on the drillers and service providers.

Back to the Future
What would the Energy Transition look like in Europe?

Various factors have contributed to this: the economic and financial crisis; the impact of policy measures around energy efficiency and renewable energy; and competition with coal. For the future various demand forecasts exist: from a low of 425 to a high of 550 BCM in 2024 .

Yet the overarching new development will be the development of the Hydrogen economy. Two examples:

The UK gas industry is over 200 years old and for its first 150 years, gas used was locally manufactured town gas which contained circa 50% hydrogen with smaller amounts of carbon monoxide and methane. With the ascent of natural gas the UK underwent a nationwide gas conversion programme in the 1960’s and 1970’s, converting 40Million appliances. Over 80% of UK households now use this gas network.

A hydrogen conversion programme would follow a similar process to the original town gas to natural gas conversion, so successfully undertaken then. The process will involve minimal disruption for the customer and require no large modifications to their property.

The H21 project has shown:
⦁Gas network has the right capacity for such a conversion;
⦁Can be converted incrementally with minimum disruption to customers;
⦁Minimum new energy infrastructure will be required compared to alternatives;
⦁Existing heat demands for Leeds can be met with ‘steam methane reforming’ and salt cavern storage;

Availability of low-cost bulk hydrogen in a gas network could revolutionize the potential for hydrogen vehicles, and via fuel cells, support a decentralised model of combined heat and power and localised power generation.

What are the lessons that can be learned for the Energy Transition for Africa?
⦁Renewables both wind and solar should continue to be part of the energy mix;
⦁Natural gas can continue to be an important transit fuel for residential and industry purposes;
⦁With the anticipated tsunami in the various part of the Energy Value Chain countries could face increased competition because of scarce resources, i.e. fewer oil and gas companies in the upstream/midstream/downstream sectors.
⦁Likewise in the service sector: for example the state of the drilling industry. The sector’s players are in various states of bankruptcy, chapter 11, or re-organization. Will there be any drillers left to drill the wells?
⦁How should National Oil Companies prepare for the Energy Transition?

Gerard Kreeft is CEO of Energywise, a Knowledge production company which organizes conferences and consults in the Gulf of Guinea and the North Sea