Shell Plots A Return To Angola 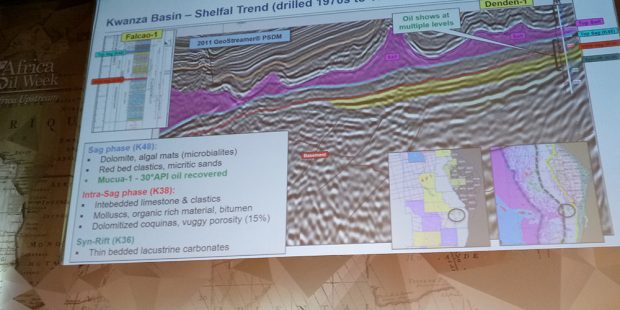 Anglo Dutch major Shell is keen on purchasing the operator stake in Angola’s Blocks 21/09 and 20/11, two very prospective acreages in the deepwater Kwanza Basin. These are the assets that Cobalt Energy, the US minnow, operated in the country until 2015, when it sought to sell its 40% stake in them to Sonangol, the state hydrocarbon company, for $1.75Billion.

That transaction fell apart in 2016, and Cobalt took Sonangol to international arbitration over its failure to extend the licence deadlines. The two companies reached a settlement-Sonangol reported in December 2017- which called for Sonangol paying $150Million by February 23, 2018 and a further $350Million by July 1, 2018.

Sonangol has now put up, for auction, Cobalt’s 40% stake and operatorship of these assets.

Observers see Shell’s interest in the blocks as a way of re-entering the country. Cobalt’s 2016 annual report indicated that it made seven discoveries in the blocks with a total of 750Million gross barrels of oil equivalent. A significant part of the volume is natural gas, the hydrocarbon fluid type that Shell is most interested in trading with.

Shell went to Sonangol’s data showroom in Houston on early June 2018, with a delegation of about a dozen officials and the company was widely speculated as the leading contender for the assets.

Shell was one of the earliest entrants into the deepwater activity in Angola between the early and late 1990s. Its Bengo-1 well, drilled in Block 16, tested 1,780BOPD in one reservoir, the first discovery in deepwater Angola. The company’s initial enthusiasm about the structure was restrained by the well’s high gas cap and pancake thin reservoirs, but Shell was willing to risk an early production. The enthusiasm waned when Bengo-2 turned out to miss even the thin bed that was of such fascinating interest in Bengo-1. Then the more it drilled, the less fortunate the company got.  Whereas other operators: TOTAL, Chevron, ExxonMobil, even BP, went on to make discovery after giant discovery, Shell got trapped in a run of ill luck, drilling nine wells in Block 16, most with marginal results. This is curious, because Block 16 is located between the two most successful leases in the country: ExxonMobil’s Block 15 to the north and TOTAL’s Block 17 to the south. The last well Shell drilled in Block 16 was Chiluango-1 which was abandoned in early November 1998 as a dry well. In 1999, the company packed out of Angola and shifted its gaze to Nigeria where, by 1996, it had become sure of the deliverability of its huge Bonga structure, located in the upper slope of the deepwater Niger Delta.