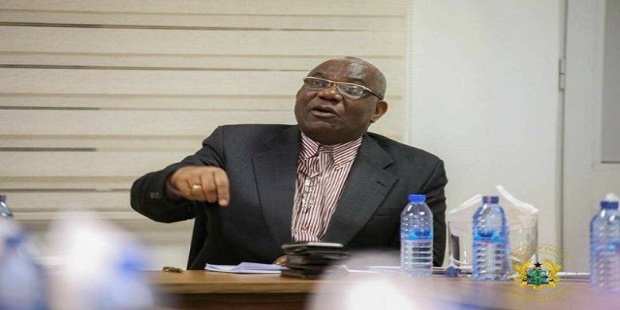 BoakyeAgyarko, Ghana’s charismatic Minister of Energy, has become the first in Nana AkufoAddo’s cabinet to be fired by the President.

The economist and politician, who was a vice president of the Bank of New York, was sacked over government’s embarrassment about a controversial power purchase deal, according to the local media.

The press release announcing Mr.Agyarko’s ouster gave no reasons, only saying that the former minister should hand over his office to the Minister of Lands and Natural Resources, John Peter Amewu. In the last week, Amewu has been named the substantive Energy Minister, through a shuttle of cabinet positions announced by President Akufo-Addo.

Agyarko’ sacking came after several weeks of complaints by Ghana’s vocal press and civil society groups about AkufoAddo Government’s handling of the renegotiation of the “Ameri Deal”, a power purchase transaction originally procured by the previous administration.

Agyarko led a committee which reviewed a 2015 electricity transaction entered into by the John Mahama government which the Akufo-Addoadministration promised to review because the $510Million, five year deal with Dubai-based company Africa & Middle East Resources Investment Group (AMERI) was over-priced by $150Million.

The government then tabled, in parliament, AMERI II, a 15-year contract to be taken over by a new company Mytilineos. The ministry claimed the reviewed deal would save the taxpayer $405Million, a claim which the highly influential Africa Centre for Energy Policy (ACEP) immediately declared as misleading.

ACEPnoted that, rather than any savings, the AMERI II deal would cost the taxpayer $937.5Million. Workers of the Volta River Authority, the country’s main generator and supplier of electricity, called for Mr.Agyarko’s dismissal.

That the government then proceeded to withdraw the new deal from debate in parliament, pledging to come back with another reviewed document, is the most significant indication that it accepted it was wrong.