For Ghana’s Taxman, Oranto is hiding in Plain Sight 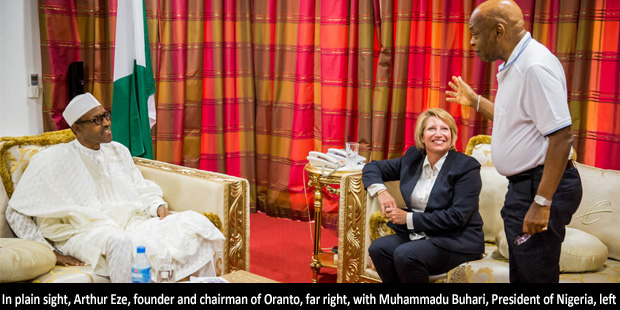 Ghana Revenue Authority GRA claims that Oranto Petroleum, the Nigerian owned E&P company, “has been located in Angola and Mozambique”.

This “revelation” is in response to a declaration that the company, in partnership with Stone Energy “has still not honoured an outstanding surface rental invoice of $67,438.36 since February 2013”, according to the 2017 report of Public Interest and Accountability Committee, PIAC, on the Management of the country’s Petroleum Revenue for the year.

The PIAC then recommends that the GRA should “collaborate with the relevant authorities in these jurisdictions to retrieve the money”.

The PIAC is the closest entity, in Ghana, to an Extractive Industry Transparency Initiative (EITI). It is a statutory body established under Section 51 of the Petroleum Revenue Management Act (PRMA), 2011 (Act 815) to ensure transparency in the generation and use of petroleum revenues. Its reports are published twice every year.

The claim, by GRA, of Oranto’s alleged location and the recommendation, by PIAC regarding retrieving Oranto’s debt are quite telling, of institutions that are run with public funds.

A click on the internet shows where Oranto’s operations are all over the continent, on its own website.

Angola and Mozambique are nowhere on the site and Oranto is not hiding; it is in the news all the time; the latest (August 2018), being that it has won two blocks in Zambia.