Egina Rams into MT Jazi and Zion on Its Way Out 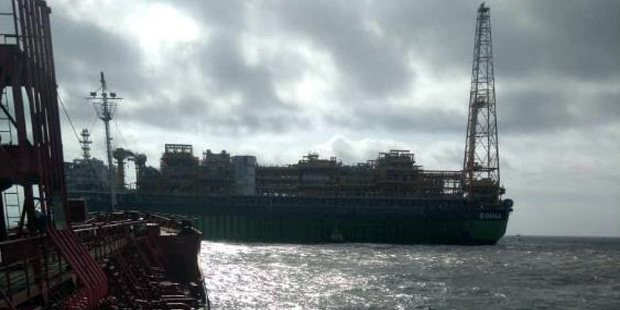 The Nigerian owners of two petroleum product vessels are compiling estimates of damages after the Egina Floating Production Storage and Offloading (FPSO} Vessel rammed into them at the Lagos Harbour.

The FPSO was beginning its journey from Lagos to the Egina oilfield offshore Akwa Ibom, in the country’s south east, on August 26, 2018, when its tow lines parted.

MT Jazi and MT Zion, were docked at the harbour, waiting for cargoes of product supplies, when the collision happened. The impact threw off a crew member from MT Zion into the water, but he swam into safety. Divers in the Egina FPSO quickly moved to restore the tow lines and guide the ship back to course.

The Egina FPSO has since arrived on the field on August 29, but the case of the collision is in arbitration in Lagos where, officials of Samsung Heavy Industries, operators of the FPSO, reported the incident at the Nigerian Maritime Administration and Safety Agency.