In 24 Months, Nembe Creek Trunk Line Will Be Running Empty 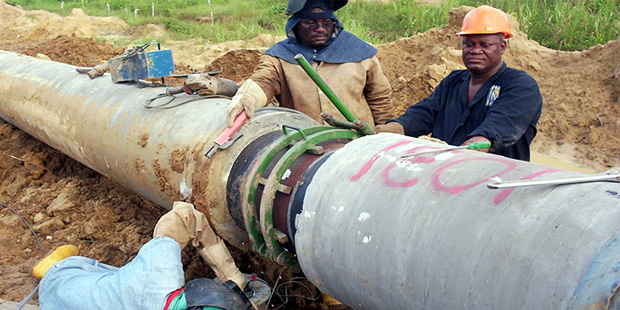 Work is far advanced on alternatives to the “renowned” Bonny Terminal

Nigerian companies pumping crude oil into the Nembe Creek Trunk Line (NCTL) have advanced so much in progressing alternative routes that several sources are “so sure” that there will be hardly a drop of crude pumped into that line by June 2020.

The 97kilometre pipeline, with capacity to pump 150,000Barrels Per Day, is a favourite of oil thieves, who routinely hack into the line, creating as many as 24 illegal bunkering points that require constant plugging.

The facility starts from the Nembe Creek field in Oil Mining Lease (OML) 29, and ends at a manifold at the Cawthorne Channel field on OML 18. From here, crude is evacuated the short distance to the Bonny oil terminal.

Up to 600,000 BOPD of liquids can be evacuated from the end point at Cawthorne Channel.

Shell doesn’t pump its own crude into NCTL, but sends the liquid into the short line between Cawthorne Channel and the Bonny Terminal.

AITEO, Eroton and Newcross, three Nigerian independents which evacuate their crude through the NCTL, lose as much as 40% of the crude routinely to oil theft, sources tell Africa Oil+Gas Report. They have each been working assiduously on alternatives, with Eroton reportedly being ahead of others, to install alternative pipelines that evacuate their crude to FPSOs on the Atlantic.

“The famous Bonny Terminal looks like is about to lose its relevance after several decades”, sources tell Africa Oil+Gas Report. NCTL was reopened on July 8, 2018, a full month after the latest shut in for repairs.

This story was earlier published in the July 2018 edition of the Africa Oil+Gas Report monthly.