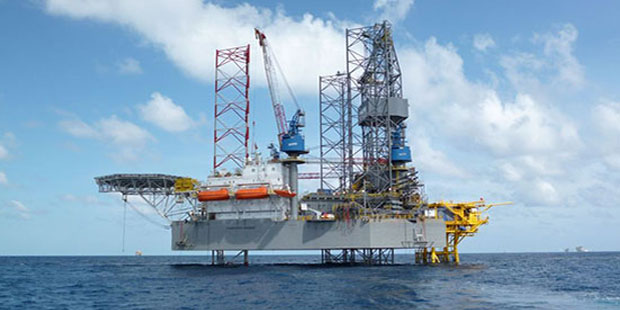 The Dussafu Marin PSC is undergoing a field development, with first oil expected by October 2018. Two development wells have been drilled, which will deliver crude oil to an FPSO that has arrived in the Gabonese waters. But the DRNEM-1 well is an exploration component of the ongoing activity, not to be confused with the field development.

The DRNEM-1 well was drilled to identify additional oil resources in the pre-salt Gamba and Dentale Formations in the greater Ruche area, and completed within budget. These resources may be developed together in the future with the existing Ruche field discoveries, located 3km to the south west.

Panoro Energy made those discoveries made in 2011, but BWOffshore is the current operator, and it is footing most of the bill, with Panoro being a minority partner.

DRNEM-1 was drilled with the Borr Norve jackup unit in 115 metres water depth, reaching a vertical depth of 3,400 metres within the Dentale Formation. Log evaluation, pressure data and fluid samples indicate that approximately 15 metres of good quality oil pay was encountered in the Gamba Formation and 25 metres of oil pay in stacked reservoirs within the Dentale Formation. Additional technical evaluation in currently being undertaken to appraise this discovery.

The forward plan includes a sidetrack which will appraise the Dentale sands in an updip location and the lateral extent of the Gamba reservoir.

Meanwhile, the FPSO, named Adolo, is now connected to the mooring system. First oil is estimated for approximately late September or early October, 2018.