The Namibian Rush Hits A Bump 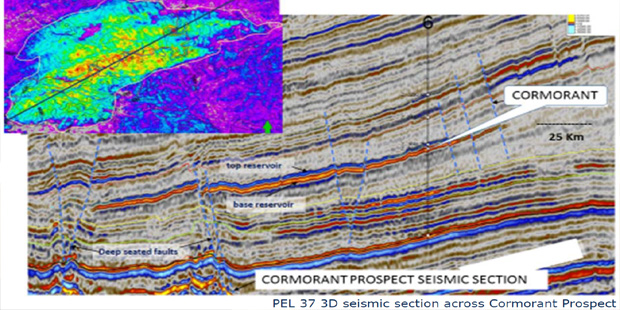 The first of the two wells scheduled to set off another round of drilling in Namibia, has come up as a duster.

Tullow Oil operated Cormorant-1 exploration well on Petroleum Exploration License 37 (“PEL 37”) offshore the Republic of Namibia encountered non-commercial hydrocarbons. PEL 37 covers 17,295 square kilometers in the Walvis Basin, approximately 420 kilometers south of the Angolan-Namibian border. The Cormorant-1 well, located in 548 meters of water, was drilled by the Ocean Rig Poseidon drillship to a total depth of 3,855 meters. The well has been plugged and abandoned.

The Cormorant-1 exploration well penetrated a 50-metre fan system within the Cormorant Prospect. Interbedded sandstones were encountered in the primary objective of the Cormorant-1 well but proved to be water bearing. Wet gas signatures, indicative of oil, were encountered in the overlying shale section. Important geological data has been gained from this well, and, in combination with high quality 3D seismic data, will provide valuable insights into the future prospectivity of PEL 37 where several additional prospects with significant resource potential have been mapped.

Jan Maier, VP Exploration for Africa Energy, a minority partner with 10% stake in the project, says that his company is encouraged that the probe “confirmed the existence of a mid-Cretaceous aged deep marine fan sandstone system with further potential in the play.