The German Force Is Out to Get Oil 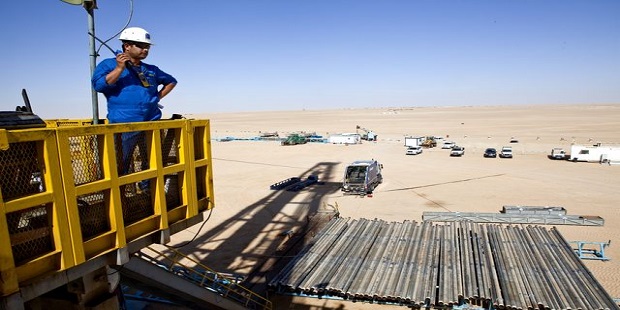 Germany has not been identified with a large, influential independent oil and gas company.

The proposed merge of LetterOne and BASF attempts to change that premise.

The two companies have signed a Business Combination Agreement to merge their oil and gas businesses and create Wintershall DEA. Closing of the transaction is subject to customary regulatory approvals.

“Wintershall DEA will be the largest independent European exploration and production company”, says a statement by the would -be new company, “with activity in twelve countries across Europe, Latin America, North Africa and the Middle East. The combined business would have had pro-forma production of approximately 575,000 barrels of oil equivalent per day in 2017, almost 70% of which comes from natural gas. Production is expected to rise to between 750,000 and 800,000 barrels of oil equivalent per day in the early 2020s as the company executes its business plan”.

DEA Deutsche Erdoel AG is an international operator in the field of exploration and production of crude oil and natural gas based in Hamburg. It has shares in production facilities and concessions in, among others, Germany, Norway, Denmark, Egypt, Algeria and Mexico. Production of DEA averaged 125,000 barrels of oil equivalent (BOE) per day in 2017; as of year-end DEA had 1P reserves of 508 million BOE, and 2P reserves of 698 million BOE.

Wintershall, headquartered in Kassel, Germany, focuses on exploration and production in oil and gas-rich regions in Europe, Russia, South America, North Africa, and the Middle East. Its production averaged 450,000 BOE per day in 2017; as of year-end Wintershall had 1P reserves of 1.67 billion BOE.

L1 Energy is the energy investment arm of LetterOne. LetterOne was founded in 2013 and is an international investment business headquartered in Luxembourg. LetterOne’s strategy is to build a new portfolio of successful companies that are leaders in their fields and sectors

The combined portfolio and scale of Wintershall DEA will provide significant potential for sustainable, long-term growth. LetterOne and BASF expect to be able to realise synergies equivalent to at least €200 million per annum. In the medium term, the shareholders intend to offer shares in the company to the public through an initial public offering.

Wintershall DEA will be jointly headquartered in Hamburg and Kassel.

LetterOne and BASF will now begin the process of seeking regulatory approvals, a process which could take approximately six months. Until closing, DEA and Wintershall will continue to operate as independent companies.

« For Ghana’s Taxman, Oranto is hiding in Plain Sight
Midwestern Moves to Grab A Large Slice of San Leon »