Midwestern Moves to Grab A Large Slice of San Leon 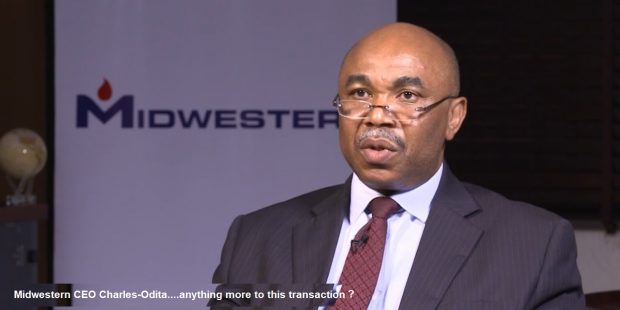 There is something curious about this breaking story for anyone who has chanced on the dispute between San Leon and Sun Trust.  Just three months ago, Suntrust summoned San Leon Energy Plc and six other defendants to appear before a Federal High Court in Lagos, Nigeria,  within 30 days in the suit number FHC/L/CS/793/2018 in respect of Oil Mining Lease (OML) 18. The six other defendants in the suit are Midwestern Leon Petroleum Limited, Martwestern Energy Limited, Midwestern Oil and Gas Company Limited, Mart Resources Inc; Minister of Petroleum Resources and the Corporate Affairs Commission (CAC). In the statements of claim Suntrust alleged that in order to acquire an indirect economic interest in OML 18, San Leon Energy Plc began acquiring direct and indirect interests in Martwestern Energy’s shareholding from March 2016, contrary to the November 2013 shareholders’ agreement between the plaintiff, Martwestern Energy, Midwestern Oil, and Mart Resources Inc. “San Leon Energy and Midwestern Oil and Gas formed Midwestern Leon Petroleum Limited as a special purpose vehicle to acquire and restore the entire shareholding in the Martwestern Energy outside the framework of the shareholders’ agreement,” Suntrust Oil alleges. The plaintiff argued that Midwestern Oil and Mart Resources Inc. transferred all their shareholdings, four million shares each, to Midwestern Leon Energy (Sale Shares), adding that Midwestern Leon did not execute the Deed of Accession as required by Clause 13 of the shareholders’ agreement.

San Leon had not made any public statement about resolution of this court dispute before the new story about Midwestern purchasing Sun Trust’s shares in San Leon.

San Leon says that the transaction does not directly involve San Leon or its assets.