Indies: What Would Africa Do Without Them? 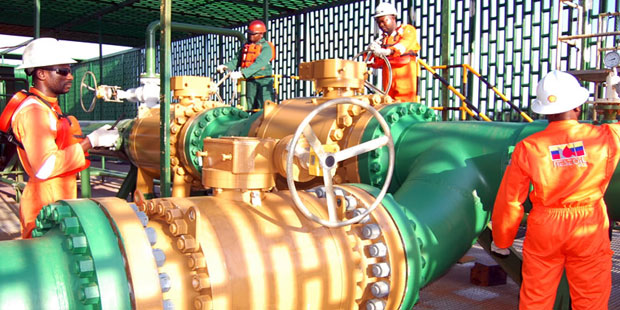 The concept of local content grew out of the concern that the oil industry operates as an enclave sector in most hydrocarbon resourced African economies.

But in those countries where the oil companies serve as part of the industrial pivot, there’s a good chance that the main actors are independents, not majors.

In most of Africa’s petrostates, it is the independents who commit more to local beneficiation of the molecules.

The story is that the majors once built and operated local refineries in some of these countries, but that the era has since gone.

Take Cameroon. The French operator Perenco developed the offshore Sanaga field and installed a gas processing plant, to feed the 216 MW Kribi Power Plant.  The company inaugurated a Floating Liquefied Natural Gas (FLNG) facility to export gas from the same field. True. But from this small project (1.2Million Tonnes Per Annum), it produces an annual volume of 30,000Tonnes of cooking gas (technically known as LPG), on the side, for the country.

In Gabon, it has been Perenco, not TOTAL, not Shell, that has beensupplying natural gas to power plants in Libreville and in Port-Gentil.

Victoria Oil &Gas, the tiny British gas producer, can be credited to have built the natural gas market for Douala, Cameroon’s main commercial city, from scratch. The company arrived the country in 2008, acquired the Logbagba marginal gas field, and started work, drilling gas wells and, “convincing factories and small industries to replace expensive diesel with natural gas for their power needs, constructing a gas supply network round the city, and drilling even more gas wells”, according to a report in the April 2018 edition of Africa Oil+Gas Report. The company, the magazine reported, “ambitiously set a target for a near tenfold increase from thirteen million standard cubic feet per day 13MMscf/d, in 2017, to 100MMscf/d by 2021”.

To ensure that gas resources were available for the anticipated expansion, VOG has been on an acquisitive mode for acreages. In 2016, it secured 75% interest in the Matanda block, a 1,235-sq km acreage adjacent to Logbaga. The Matanda field,  ”indicates the potential for more than 1Trillion cubic fet (Tcf) of recoverable gas across onshore sections of the block”, the company says.

THE METHANOL PLANT IN EQUATORIAL GUINEA is owned by two American independents, Marathon Oil and Noble Energy, as well as  the government parastatal  SONAGAS, the National Gas Company of Equatorial Guinea. The plant started production in 2001 and produces in excess of 1,000,000 metric tons of methanol per year, or just greater than 1% of the global market. It is fed with natural gas from the Marathon operated Alba field. Again, it is true that a significant volume of gas from Alba field is exported as LNG through the Equatorial Guinea LNG, but those same reservoirs feed the 155MW Malabo Gasfired Power Plant.

Now that Alba field is in decline, it is gas from Alen field, operated by another independent, Noble Energy, that Equatorial Guinea has turned to for replenishment.

In Ghana, about 120MMscf/d of natural gas from the Jubilee field, operated by the UK based Tullow Oil, has been a more reliable fuel for the country’s electricity plants than the gas exported from Nigeria by a company majorly owned by Shell and Chevron(and operated by the latter), which have been stuck at around 60MMscf/d for the past three years. The Italian giant, ENI, has just completed a gas supply system from the Sankofa field that will deliver 180MMscf/d, but it is important to note that the foundation for local supply of natural gas to electricity plants in West Africa’s second largest economy was laid by independents (Kosmos and Anadarko are Tullow’s partners).

In Gabon, it has been Perenco, not TOTAL, not Shell, that has been supplying natural gas to power plants in Libreville and in Port-Gentil. The gas is produced onshore, treated to specification and delivered at pressure through a 450 km, 36MMscf/d capacity gas pipeline across the country. It is a major contribution to national power needs and industrial development.

In Nigeria, Shell likes to claim the credit for helping to inaugurate the Gas to Power market, but the contribution of the majors to the country’s bourgeoning domestic gas industry is on the wane. Shell has divested its largest domestic-purpose gas processing plants. Seven Energy (now Savannah) and Oando have each been more daring in constructing midstream gas supply pipelines in the country than any major. Seplat, the London listed independent founded by Nigerians, now supplies close to 400MMscf/d of gas to the domestic market and the molecules are mainly used for electricity generation.

What’s more, while the only crude oil refinery outside of the NNPC operated sub performing refineries is owned by Niger Delta Petroleum. Now, two other small refineries are under construction by Nigerian independents. One is the 5,000BOPD Ibigwe Refinery, promoted by Waltersmith Petroman; the other is the 7,000BOPD OPAC Refinery, which is being developed by Pillar Oil and partners. Of course the largest refinery under construction in the country is the 650,000BOPD Dangote Refinery, but how do you classify Dangote Industries?

LONG BEFORE BG, THE DEFUNCT BRITISH GAS COMPANY, discovered large deposits of gas offshore Tanzania, the country had been growing a domestic gas market on the back of the onshore and shallow water reserves, estimated at around eight trillion cubic feet (8Tcf). This market was created and developed by small companies. Today, Orca Exploration, originally from Canada but now very Tanzanian; Paris based, Indonesian owned Maurel et Prom and the AIM and Oslo listed Wentworth Resources are, in partnership with the government, collectively responsible for Tanzania’s 160MMscf/d domestic gas industry, which is vibrant and growing.

« King Kosmos Waves the Sceptre
Tony Attah, Taofik Adegbite, This Evening, on the Joy of Reading »