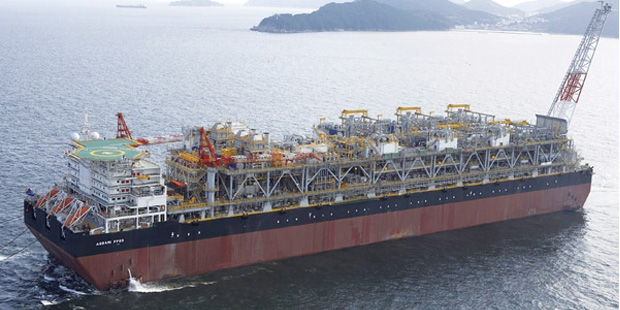 By Fred Akanni, in Lagos
A consortium led by Vitol and comprising Africa Oil Corp. (25%), Delonex Energy Ltd. (25%) and Vitol Investment Partnership II Ltd. (50%), has entered into a Share Purchase Agreement (SPA) to acquire a 50% ownership interest in Petrobras Oil and Gas B.V. for $1.407Billion.  BTG Pactual E&P B.V. will continue to own the remaining 50% of POGBV. The transaction is subject to customary conditions precedent.
The sale is coming almost exactly a full year since November 9, 2017, when Petrobras announced on its website: “We are at the teaser stage for the opportunity regarding the process of divesting 100 percent of our interest in Petrobras Oil & Gas B.V. We are leading the sales process”.
The primary assets of POGBV are an indirect 8% interest in Oil Mining Lease (OML) 127, which contains the producing Agbami Field, operated by affiliates of Chevron Corporation, and an indirect 16% interest in OML 130, operated by affiliates of TOTAL S.A., which contains the producing Akpo Field and the Egina Field, which is expected to commence production by the end of 2018. Current production of 368,000 barrels per day is anticipated to increase to over 568,000 barrels per day by the second half of 2019.
POGBV has a strong non-operated portfolio, managed by Chevron and Total and which represents circa 20% of Nigerian production. Vitol looks forward to continuing to grow and invest in Nigeria.”

The agreed base purchase price of $1.407Billion, is on a cash and debt free basis as of the effective date of 1st January 2018 (the “Effective Date”). A deferred payment of up to $123 million may be due to the Seller depending on the date and ultimate OML 127 tract participation in the Agbami Field, which is subject to a redetermination process (see below). The Consortium’s funding required to ultimately close the transaction will be reduced by any leakage paid to the Seller by POGBV, including dividends, and increased by any contributions made to POGBV by the Seller during the period between the Effective Date and completion. POGBV has an existing reserve-based lending facility, with a syndicate of international banks and commitments of $1.245 billion, which POGBV and the Consortium believe may be increased. Given the anticipated time required to complete the transaction, POGBV’s debt capacity, forecast post effective date cash flow and the structure of the transaction, Africa Oil expects to fund its share of the acquisition with cash on hand.

The three fields in these two licenses are all giant fields, located over 100 km offshore Nigeria, and are some of the largest and highest quality in Africa. Two of these fields, Agbami and Akpo, have been on production since 2008 and 2009, respectively, and in 2017 averaged a combined gross production rate of approximately 368,000 barrels of oil per day. Lifting costs in 2017 were well below $10/bbl. The TOTAL-operated Egina development project in OML 130 is the largest investment project currently ongoing in the oil and gas sector in Nigeria. The Egina FPSO, with a 200,000 barrel of oil per day capacity is currently on station and is being hooked up to existing wells. Egina first oil is expected before the end of 2018 and quickly ramp up to plateau production of approximately 200,000 barrels of oil per day during the first half of 2019. The fields all have high quality reservoirs and produce light sweet crude oil with state of the art Floating Production, Storage and Offloading (“FPSO”) facilities.

During 2017, daily oil production from the Agbami Field averaged approximately 240,000 barrels of crude oil. Production commenced from the field in 2008 and has been on plateau for over 8 years. An infill drilling programme is ongoing, aimed at extending plateau into 2020. The field spans OML 127 and OML 128 and is subject to a unitization agreement, with 62.5% of field production currently allocated to OML 127. A redetermination process has been subject to expert review and arbitration in order to finally determine an increase in the portion of the Agbami Field attributable to OML 127. During 2017, POGBV’s entitlement of daily oil production averaged approximately 21,000 barrels of crude oil (based on a 62.5% tract participation).

During 2017, daily oil production from the Akpo Field averaged approximately 128,000 barrels of crude oil. Production commenced from the field in 2009. During 2017, POGBV’s entitlement of daily oil production averaged approximately 26,000 barrels of crude oil.
In addition to the current fields under production and development there are other growth opportunities in horizons not yet under developed in existing fields and adjacent fields being considered for development together with exploration opportunities, the consortium say in a statement.

« Midwestern Moves to Grab A Large Slice of San Leon
Lease Renewal: Elcrest To Pay $6Million, Do A Gas Project »