The Southern Gas Market Is Still Far In The Future 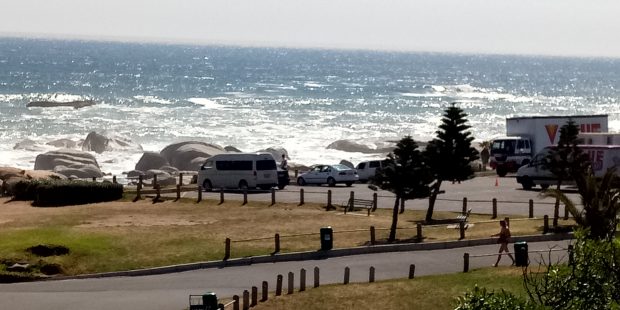 That’s around four times the allocation of gas to power in the energy mix provided in the last incarnation of the IRP, gazetted in 2011.

This “allocation” of natural gas fuelled energy, expected to provide 15.7% of installed capacity in 8-12 years’ time (2026-2029), is the most forceful, formal endorsement of natural gas investment into Africa’s most industrialised economy. The IRP calls for the gas generated electricity to be used in conjunction with 7,958 MW of solar PV and 11,442 MW of wind PV energy (10.5%  and 15.1% of installed generation capacity respectively) by 2030. There are over 4,000MW of these renewables already connected into the South African energy grid. The rest are planned to be rolled out annually, with a gap around 2022 to 2025.

So, whenever natural gas is used in the South African electricity the thermal plants  will be run in such a way as to be deployed and withdrawn from the grid at relatively short notice, according to the IRP, to balance wind and solar energy, the availability of which is dependent on weather conditions and time of day.

The planned new gas and renewable energy are coming to replace some of the existing coal fleet, which are going to be progressively decommissioned.

South Africa’s total electricity generation in the next decade is not expected to be more than incrementally higher than the current 35,000MW operated capacity.

It’s important to note that this is just a plan, whose implementation depends on the growth trajectory of the economy and the accessibility to the resource itself.

South Africa’s economy has tanked. The country is not in demand of energy as much as it was only five years ago.

To generate 11,900MW requires 3 Billion standard cubic feet of gas a day. There is also no clear line of sight to where that volume of hydrocarbon will come from. South Africa’s technical and bureaucratic elite often talk as if the vast reserves of gas in Mozambique are their country’s for the asking. The most widely canvassed option of accessing the molecules is to import Liquefied Natural Gas from the North Eastern neighbour. But that is expected to happen after a South African bid process for Gas to Power IPP, in which the winner/s  is/are expected to bring in the gas through any of two designated ports in the country and then pipe to turbines. Neither of the two ports, Coega in the Eastern Cape province and Richards Bay, in Kwazulu Natal, currently has infrastructure for receiving natural gas. The LNG import can only be accessed through a deal with either ENI or Anadarko, who, in developing the three export LNG projects in Mozambique, are currently talking to a number of offtakers, none of which is likely having South Africa on its radar.

Another option is to import the gas through a pipeline, no less than 2,000km in length, but what most commentators fail to consider is that none of the LNG developers in Mozambique today is licenced to supply gas into a pipeline. Such supply will not be available until Mozambican government concessions it and that’s unlikely before 2030.

Complete the article in this link