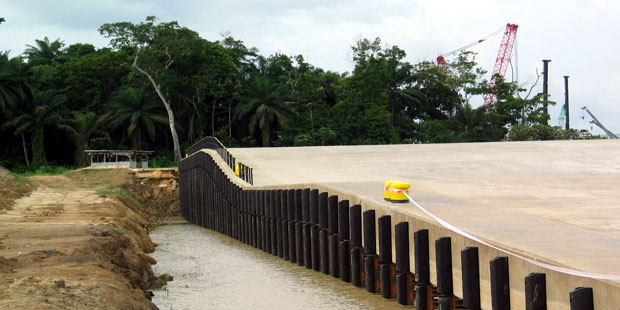 Shell’s geoscientists have put a figure on the company’s recent gas and condensate discoveries, made in the course of a drilling campaign onshore Eastern Nigeria. The company encountered 1.5Trillion cubic feet of gas and 42 Million barrels of condensate, in shallow and deep reservoirs.

The revelation came in the course of several technical sessions at the just concluded annual conference and exhibition of the Nigerian Association of Petroleum Explorationists (NAPE).

The four well campaign, which utilised the High Temperature/High Pressure rig Hilong 27, was aimed at deep, High Pressure gas targets in the Gbaran -Kolo Creek -Epu field areas, in what is classified as Central Swamp Depobelt of the Niger Delta Basin, to unlock all the reserves that are located deeper than normal hydrostatic pressure on these fields. It ran between 2014 and late September 2018, when the rig was released to the Nigerian Agip Oil Company, a local subsidiary of the Italian giant ENI.

The new discoveries, however span both shallow and deep reservoirs.

“You know how the Niger Delta works”, one ranking Shell earth scientist told Africa Oil+Gas Report on the side-lines of the NAPE conference. “You are targeting deep, but you can encounter new hydrocarbons in the shallow sands in the process”.

The 1Bscf/d Gbaran Field gas project was already in production before the campaign, but it was only producing in the hydrostatic pressure zones before this campaign.

The new gas will be available to the 22MMTPA (3.5Bscf/d) Nigeria Liquefied Natural Gas NLNG Plant in Bonny, also in Eastern Nigeria.