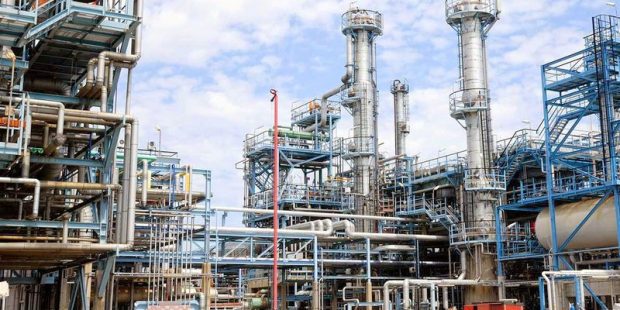 NNPC’s recently announced proposal to construct two 100,000 Barrels of Oil Per Day (BOPD) greenfield refineries has encouraged a leading Civil Society group to request the Nigerian Government to conduct a root cause analysis on the abandonment of similar refineries earlier announced for three other states in the last five years.

The state hydrocarbon company’s new proposal calls for a refinery each in two states in the Niger Delta Basin:  Delta and Imo States. Yet the same company had carried out feasibility studies for similar plants in Kogi, Bayelsa, and Lagos states, which were fully paid for and completed.

BudgIT, a civic technology organization at the forefront of raising the standards of transparency, citizen engagement and accountability, declares that “it is wrong for any government institution to tease citizens with announcements for greenfield crude oil refineries, award huge sums for feasibility studies, abandon the project when it’s time for construction, then repeat the cycle in another state”.

“What guarantees do citizens have that taxpayers’ money earmarked for the refineries in Imo and Delta state will not suffer the same fate as those spent on Kogi and Bayelsa States? What are the lessons learnt from Kogi, Bayelsa, and Lagos greenfield projects?

Can these lessons be made public?”

In the past, NNPC has been accused of carrying out its export of unused Domestic Crude Allocation (DCA) through politically-connected middlemen – many of whom do not have adequate capacity to handle the volume of crude oil in their Crude Oil Lifting contracts but simply extract rent and pass the contract on to those who do. Ibe Kachikwu, Nigeria’s Minister of State for Petroleum Resources, had previously promised to cut out the rent-seeking middle men in the award of Crude Oil Lifting contracts and also to cut down the number of contractors to sixteen (16) when he was the GMD for NNPC..

BudgIT recalls that the government made some effort to cut out middlemen in the award of Crude Oil Lifting (COL) contracts in the early days of President Muhammadu Buhari’s tenure, in 2015. “We observed a drop in the number of COL contractors from about 43 in 2014 to 27 in 2015[1] and then to 21 in 2016. However, their numbers grew to 39 in 2017[2] and to 50 in 2018. Citizens need to pay close attention especially as a part of the Diezani scandal was rooted in the activities of some briefcase companies who got Crude Oil Lifting (COL) contracts.”

BudgIT then asks Nigerian citizens, civil society organisations, journalists, and media influencers to #AskQuestions about Nigeria’s greenfield refineries every step of the way. BudgIT also calls on NNPC to do a weekly or monthly briefing to citizens specifically on progress and challenges of its greenfield projects as failure of greenfield refineries to see the light of day opens up many complex loopholes for corruption in the long term.

“BudgIT will not fail to commend NNPC for publishing its monthly Financial and Operations Report online since the inception of this administration. Such monthly reporting is worthy of emulation by other government agencies in the sector. However, we’d like to call on NNPC’s management to reduce the time lag involved in making these reports available. As at October 30th, its report for the last four months (June – September) are not yet available online.

“BudgIT calls on all political parties not to weaponize data concerning the oil and gas industry in the run up to May 2019 elections, but use data as a tool for dialogue to seek long lasting reforms. Many problems in the oil and gas sector are complex in nature and have defied solutions across multiple governments. To be blind to this reality is to walk unprotected into a clouded minefield set up by vested interests that have defied multiple administrations. Let’s focus on the real issues. #StayWoke and #AskQuestions”.

BudgIT is a civic organization that applies technology to intersect citizen engagement with institutional improvement, to facilitate societal change. A pioneer in the field of social advocacy melded with technology, BudgIT uses an array of tech tools to simplify the budget and matters of public spending for citizens, with the primary aim of raising the standard of transparency and accountability in government.