So Much Uncertainty about Savannah Petroleum 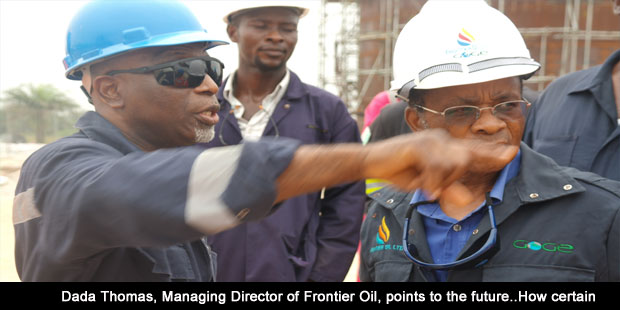 Savannah Petroleum had not concluded its takeover of Seven Energy’s assets in Nigeria as of December 14, 2018, less than three weeks to the end of the year.

After signing off on the deals regarding the gas for oil swap with Frontier Oil Limited and the buy-out of minority shareholders in Universal Energy Resources Limited, Savanah has not proceeded as quickly to close out the entire transaction.

Frontier Oil is the holder of the Uquo field, whose gas reserves underpinned Seven Energy’s main gas supply business in the domestic market. Universal Energy, a producer of a marginal oil field in eastern Nigeria, was partly owned by Seven Energy.

Savannah claims it is “seeking certain further amendments to the terms of the Transaction, which the Board considers to be in Savannah’s immediate commercial interests and are expected to significantly enhance the Company’s competitive position in Nigeria”.

The transaction, initiated 13 months ago, has thus dragged out for much longer than initially contemplated.

But such lack of clarity has characterised Savannah Petroleum’s overall activity, whether in the business area or in technical operations.

The five discoveries the company claims to have made in Niger Republic are not exactly all discoveries, geologically speaking. Savannah’s own technical field reports show that the crude oil encountered were reported in largely the same reservoir units, suggesting that most of the wells have been appraisals, not new discoveries. The last well, Zomo 1, described like the rest as a “discovery”, encountered oil only in the E1 unit, the same unit in which Eridal-1 encountered oil. And Savanah’s own record shows that the reservoir is less developed in Zomo-1 and yet it says Zomo is a discovery. Once you move to other wells and compare, you find generally more or less the same pattern.

Now it is on the basis of these “significant” discoveries that Savannah submitted a prefeasibility study for Early Production Scheme, to the Niger Republic’s authorities. The deal with the government includes that the government would facilitate a crude oil marketing agreement between Savanah and Soraz Refinery, which has the capacity to process no more than 20,000BOPD and all that capacity is already taken up by supply from the CNPC. With other operators, Niger has the capacity to produce far in excess of the 20,000BOPD it processes at Soraz, but there is no evacuation infrastructure in place. The published agreement between Savannah and the Nigerien government does not allude to this inadequacy.